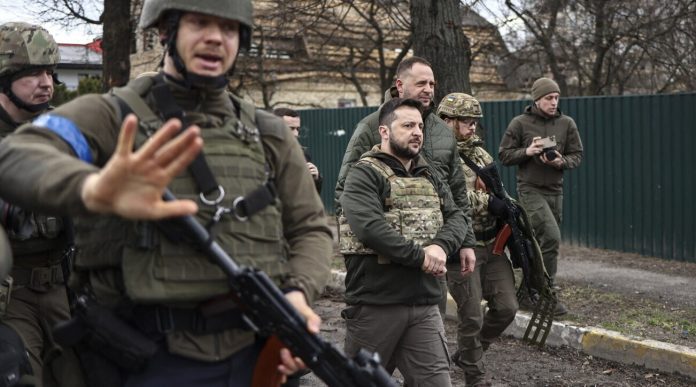 Zelensky: The Russian perpetrators of the Donetsk attack will be punished

“A missile attack on the city of Chasiv Yar in the Donetsk region. Whoever gave orders for such raids, and everyone who carries out them to target our cities and residential areas, they are killed in a completely premeditated way. Do not. They will be able to say that they do not know or did not understand. Punishment is inevitable for every killer. Russian. Absolutely everything.” This was stated by the President of Ukraine, Volodymyr Zelensky, in a video message on social media. “Just like the Nazis – they should not expect their state to protect them. Russia will be the first to abandon them when political conditions change.”

Kyiv renews its call for evacuation from Kherson and Zaporizhzhya

Deputy Prime Minister of Ukraine Irina Vereshuk once again called on residents of the occupied territories of Kherson and Zaporizhzhya regions to evacuate as soon as possible and by all available means. “It is necessary to do this so that the Ukrainian armed forces do not endanger the civilian population during offensive operations,” Vereshchuk said during the national telephone, Okrinform reported. The Kherson Regional Council also urged the inhabitants of the region to leave the lands occupied by the Russians, and also addressed those who had nowhere to turn and food and water supplies.