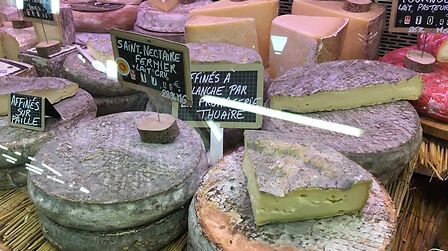 The owners of the Champ du Trèfle farm in Erdeven in Morbihan had a nasty surprise when they went to work on Monday, December 27 in the morning. At night, 100 kilograms of cheese were stolenFor example, the thieves left 15 kg of butter, goat cheese, or even jars of cottage cheese: “Taste first, then leave with whatever they like.”, joked Sylvain Pechonte, who works on his parents’ farm.

To enter the process, the thieves broke down three doors and entered the lab: “I deactivated the alarm while work was done and was planning to return it soon,” he explains.

The owners estimate the losses at about 2,000 euros, a large amount, but not the most annoying according to Sylvain Pechonte: “Some products will not be available for sale after several weeks since we are out of stock.” One hole in Reservations that happen a few days before the new year when cheese dishes are often appreciated but “Customers understand,” explains Sylvain Pechonte. The owners submitted a complaint to the gendarmerie on Monday, December 27.