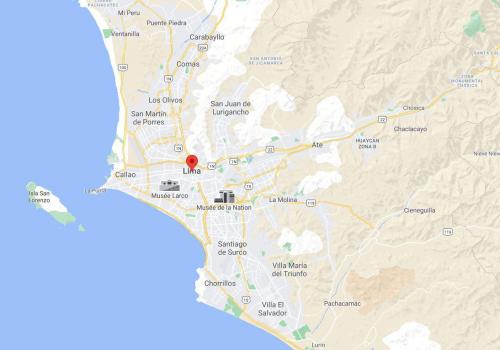 A magnitude 6.0 earthquake shook the central coast of Lima and other parts of Peru on Tuesday evening, with no immediate reports of injuries or severe damage.

The quake, which initially measured 5.8 on the Richter scale, struck at 9:54 pm local time, with a epicenter at a depth of 32 km, 33 km southwest of Mala, and 100 km off the coast of the Peruvian capital.

The Hydrographic Service has ruled out any risk of a tsunami.

“It was so strong, it shook the whole house. We had to get out.”

Many residents of Lima took to the streets due to the strong tremor. “It was so strong, it shook the whole house. We had to get out.” Julia Lazaro Rodriguez, 60.

On the Green Coast, the waterfront of Lima, Canal N TV reported that a few rocks fell from a height of 80 meters.

Peru is notable for having a population of at least a hundred earthquakes each year because it is located in the Pacific Ring of Fire, which is part of the land-based activity that stretches across the west coast of the continent. American.

The quake affected a country still waiting for the official announcement of the results of the second round of the June 6 presidential election.

After 100% of the vote has been counted, the far-left candidate, Point Pedro Castillo, leads with 50.12% of the vote, followed by the populist right, Keiko Fujimori with 49.87%. The National Electoral Tribunal (JNE), which is due to announce the results, is examining appeals filed by Ms. Fujimori seeking invalidation of tens of thousands of votes.

Bank of Russia predicts lower-than-expected recession this year | The...