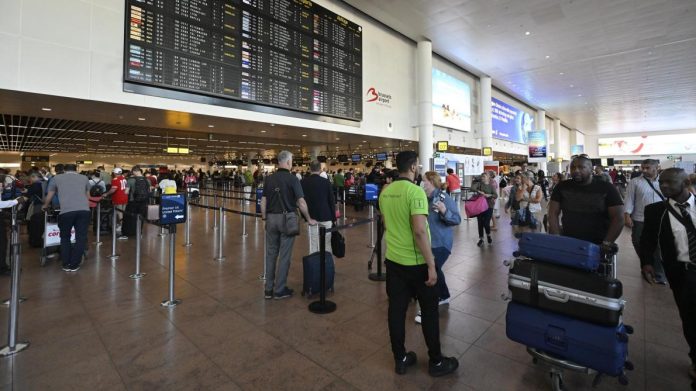 TheBrussels Airlines unions were mixed on Monday afternoon after meeting with the airline’s management. The latter announced that it would cancel 675 flights in July and August to reduce the workload.

The cabin crew and pilots, denouncing the excessive workload, carried out a three-day strike on June 23, 24 and 25. Last week, unions threatened further action. So it was agreed that on Monday employee representatives would meet with CEO Peter Gerber to discuss the possibilities for this summer.

However, the flight cancellation procedure does not appear to meet the CNE’s request. We wanted solutions to tackle the problem of lack of break time between shows this summer. Deleting flights will not solve this basic problem. We are only at the beginning of summer but people are already tired,” confirms Didier Lippi, CNE perennial.

Setca, for its part, noted management’s “efforts” even if it believed that the cancellation of nearly 700 flights, equivalent to about 6% of Brussels Airlines’ flight pattern, would not make much difference. Unions have been waiting for more clarification about the flights affected by these cuts to determine whether the announced measure will have a real impact this summer on employee welfare.

About possible future actions, the representative of the Christian Union did not want to talk yet. “If employees ask us to show their disapproval again, we will follow up on that request,” Mr. Libby commented. His colleague from ACLVB (CGSLB) also explained that it is now up to the staff to determine whether this measure provided by management is sufficient. “I hope we can hear our voice today, but that will also depend on discussions in August about structural solutions,” said Tim Roland (ACLVB).

In the long run, management and unions should meet again on August 23. Working groups will be established in the meantime in order to develop a constructively balanced flight schedule.

7 blocks in the Ethereum Beacon chain have been reorganized