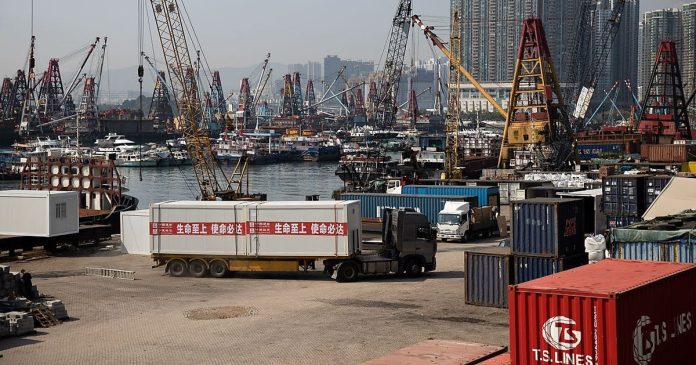 China’s manufacturing activity fell in April to its lowest level since February 2020. It was affected by the outbreak of an epidemic of Covid cases affecting the country’s economy, according to an official index published on Saturday.

The Purchasing Managers’ Index (PMI), a leading indicator of manufacturing activity, settled at 47.4 in April. A number above 50 indicates an expansion in activity and below a contraction.

The authorities said the “decline in production and demand” had deepened.

Since March, an epidemic has broken out, the most powerful since the beginning of 2020, affecting almost all provinces of China.

Beijing intends to continue its “zero Covid” policy, which consists in restricting movement and confining tens of millions of people, especially in the northeast of the country and in Shanghai, the Chinese economic capital. Its population of 25 million has been largely confined to their homes since the beginning of April.

These strict measures have blocked supply chains due to a shortage of truck drivers, while goods have piled up at the world’s busiest container ports.

“The decline in production and demand has deepened,” Zhao Qinghe, chief statistician with the National Bureau of Statistics (NBS), said in a statement on Saturday.

The Arab Monetary Fund (AMF) amends its principle of movement of...