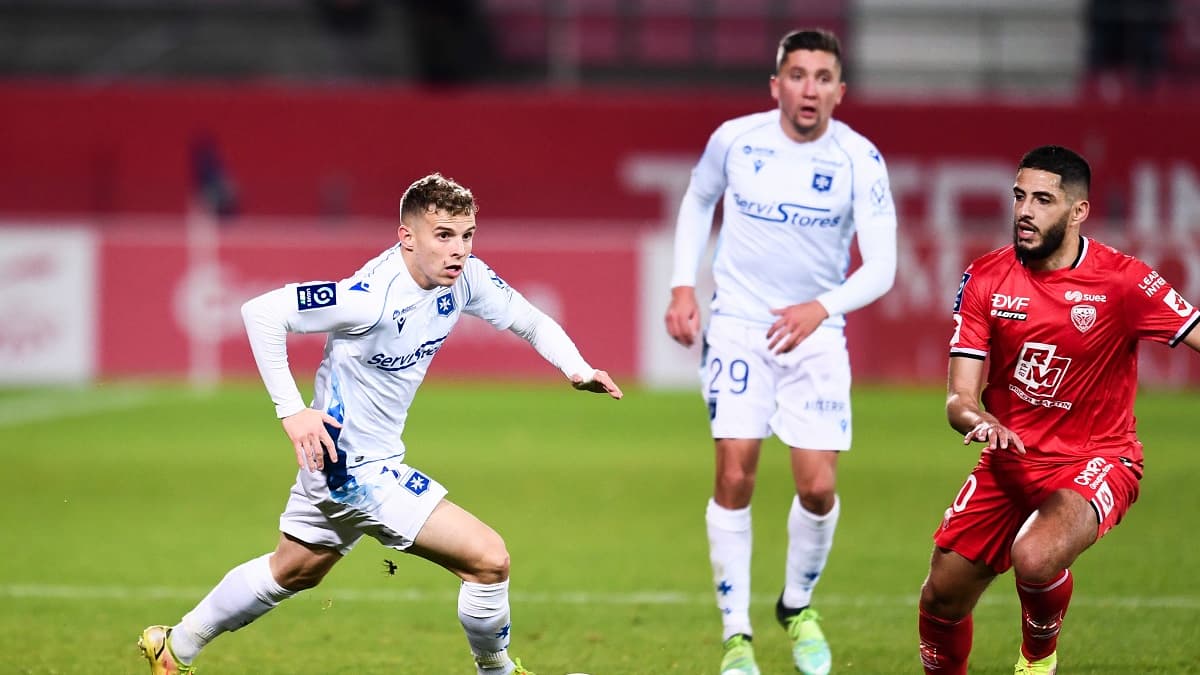 AJ Auxerre Gauthier Hein winger has been selected to be among the 11 nominees for the Puskas Trophy, rewarding the Most Beautiful Goal of the Year. The result of the vote will be announced on January 17, 2022.

“The winner is chosen by an international jury composed, on the one hand, of a panel of FIFA Legends, and on the other hand, fans from all over the world registered on FIFA.com determine FIFA to vote. The components of the jury have the same electoral weight, which It means that the vote cast by each of them (FIFA legends, supporters) counts for half, regardless of the number of voters in each component.” This honor was officially launched in 2009, and it was Portugal’s Cristiano Ronaldo who won the inaugural edition of this award.

Gauthier Hein is nominated for a goal he scored with the AJA during the trip to Niort on April 10 last season. He scored a remarkable feat after a streak of beauties: penetrating from the right side of the penalty area, a left hook to get rid of three defenders from Neuer. Taking advantage of a favored backlash, he then executes a roulette wheel to eliminate two other opponents, scoring from the right – his bad foot! – Put the ball into the niortaos goalkeeper niche. A highly commented target in France, which is now spreading worldwide. The story may take a more beautiful turn, but for this it will be necessary to wait for the closing of votes, the result of which will be revealed on January 17, on the occasion of The Best Trophy.

Will Gauthier Hein be able to succeed Heung Min Son, thus joining big names in football like Neymar and Zlatan Ibrahimovic on this trophy list? The competition is intense, with the jewel of attacking midfielder Riyad Mahrez, scored under the Algeria shirt, or the ball scored by Patrick Schick from midfield against Scotland, during the last Euro. The Czech achievement was voted as the best goal in the competition last summer.

Carmelo Anthony scored 23 points and leads the Lakers against the...