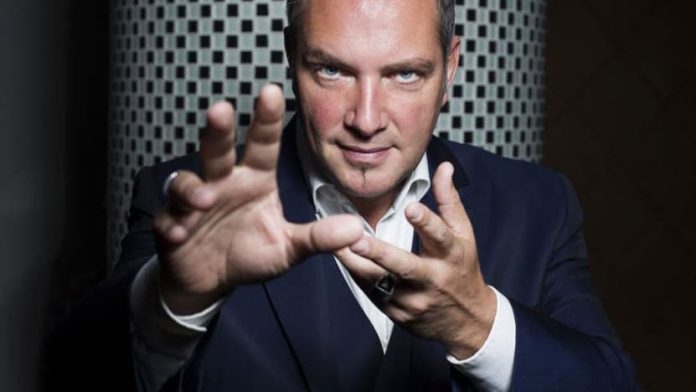 A man fell off the stage when he thought he was a guitarist by a kiss. He was wounded in the clavicle and twisted his wrist.

A man was injured Sunday evening during a demonstration of the Messmer hypnotherapist organized at the Espace Mayenne in Laval, revealed France Blue.

According to the radio, this “particularly responsive” spectator to hypnosis thought he was a guitarist for the rock band Kiss. Through his desire to imitate rocker gestures, he fell off the stage.

The person, a professional musician, was not warned of the safety instructions to be observed and for crossing the white lines defining the scene. The firefighters took care of him immediately while Mesmer made “some jokes” to lighten the atmosphere.

The spectator sustained a fracture of the left clavicle and a sprain of the right wrist. In convalescence for several weeks, he can no longer work and “hopes for financial compensation,” according to France Bleu.

Messmer production confirms that this is the first time such an incident has occurred. “We are taking this matter seriously and are in contact with the injured viewer,” said the production company’s press official.