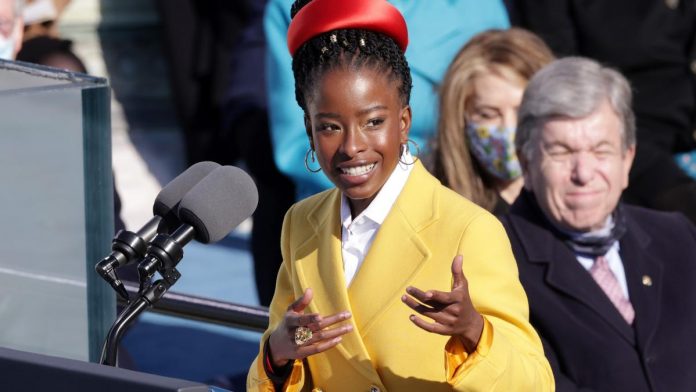 The situation Logo, appointments and guest of honor

What is planned for this year’s Met Gala?

The Met Gala, also known as the “Academy Awards for Fashion”, is due to open the red carpet in September. Poet Amanda Gorman will be the guest of honor. The theme of the glamorous event seems more realistic than it has been in previous years.

Dr22-year-old poet Amanda Gorman, who received her poem “The Hill We Climb” at Joe Biden’s opening, is set to co-host the Met Gala this year. She will appear alongside Met Gala President, Vogue Editor Anna Wintour, and American designer Tom Ford. Gorman made a sensation not only in her poem, but also in fashion. She was also featured on the cover of US Vogue magazine in May. With her co-managing the party, Gorman follows characters such as George Clooney, Sarah Jessica Parker or Harry Styles, who previously took on the role.

The Met Gala will take place in two parts

This year’s event and exhibition will be at the Metropolitan Museum of Art in New York titled In America: A Lexicon of Fashion and is expected to open on September 18th. It is unusual for a topic to form exhibitions for two years in a row. Because the next second installment, called “In America: An Anthology of Fashion,” will open in May 2022, as was the tradition at the Met Gala in the years leading up to the pandemic, according to the responsible costume institute.

As much as pandemic guidelines allow, the inaugural event will open in the fall as usual with performances by celebrities from the fashion and cultural scene on the red carpet. It is said that the majority of the financial resources a fashion institute needs will be combined with the merit event. The grand opening of the ceremony is often referred to as the “Oscars of Fashion,” where the modern looks of the stars can rarely be surpassed in pomp and extravagance.

This year’s theme, “In America: The Fashion Lexicon,” is more subdued than the slogans of previous years. It was designed to showcase both American designers and significant events of the past year. “I really admire the reactions of American designers to the social and political climate, especially on issues of body awareness and gender diversity,” explains Gallery Curator Andrew Bolton in one of his episodes. Interview With Vogue, “I find your work very self-reflective and I think American fashion is currently experiencing a renaissance. Young designers in particular are at the forefront of discussions about diversity and inclusion as well as sustainability and transparency, much more than their European counterparts, except perhaps for English designers,” he says. Bolton.

The outfits shown at the show will range from designer Bonnie Cachin coats and tracksuits by sportswear pioneer Claire McCardell to a floral Oscar de la Renta dress by Taylor Swift and tracksuits by the sustainable brand Colina Strada. Outfits by designers like Kerby Jean-Raymond of Pyer Moss, the black designer who often addresses the cultural appropriation of African American novels in pop culture on the catwalk, will be featured alongside designs by Prabal Gurung, who was shown on the catwalk for 2020 with the theme Who Will Become an American? Putting social integration in the foreground. Other designers whose work can be seen on the red carpet of the fundraising event and at the show include Virgil Abloh, Ralph Lauren and the Halston brand, which shaped 1970s fashion in the US in particular.

The new comfort of fashion is also a problem

Inspired by writer Witold Rybczynski’s article “Home: A Short History of an Idea,” which deals with the development of comfort and living in one’s home, Bolton would also transform the fashion center into a kind of fictional home. About the relationship between fashion and living in the Corona crisis, Bolton said: “In the last year, the relationship with our home has become more emotional due to the pandemic, as it is with our clothes.” “For American fashion, that meant a greater emphasis on feeling than in practicality.” Whether the event can actually take place as planned or whether it will be broadcast digitally from home remains to be seen.

See also  “You are a legend,” Louane surprised his companion Florian Rossi at Duos mystères on TF1

Under the Sun: David Precourt Takes a Look at His “True...

Alessandra Sublette is leaving C Canteloup: the name of her replacement...