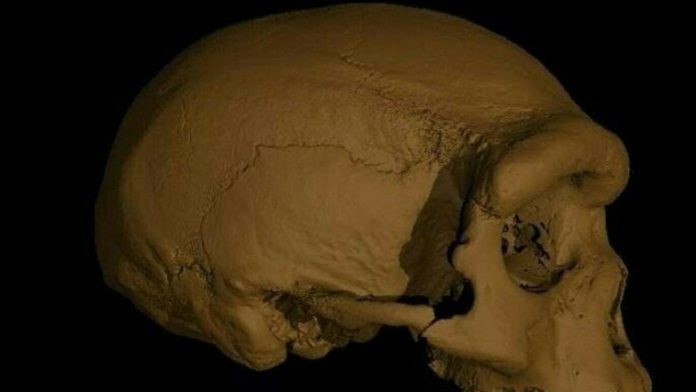 Neanderthals would ultimately not be the closest cousin of modern humans. Scientists who have analyzed a skull fossil found in China claim that it belonged to a new species of prehistoric man, less distant from us than Neanderthals.

Harbin’s skull has been particularly well preserved: It’s a best-preserved fossil from this period (the Middle Ice Age), according to the researchers, who published their work Friday in the journal The Innovation. Its history dates back to about 146,000 years ago.

“According to our analyzes, the Harbin group is more closely related to Homo sapiens than to Neanderthals,” Chris Stringer, a paleoanthropologist at the London Museum of Natural History and one of the study’s co-authors. “This means that Harbin shared with us a more recent common ancestor of Neanderthals.”

The genus Homo includes many extinct species, including Neanderthals, as well as our own species, Homo sapiens – the only species now living on Earth.

The new species was named Homo longi, which literally means “dragon man,” and is derived from the name of the province in which it was found.

The skull was allegedly discovered in 1933 by a man who worked for the Japanese, then occupied the area, while building a bridge near the city of Harbin, northeastern China.

Realizing the value of his discovery and unwillingness to fall into the hands of the Japanese, Zijun Ni told AFP that the man “decided to hide the skull in a well for a very long time.”

After learning his secret decades later, this man’s descendants finally donated his skull to Hebei GEO University in 2018.

The skull is a priori of a man in his fifties, belonging to a group of hunters.

His forehead bones are quite large, as are his nose, almost square eye socket, and upper jaw. But it is characterized by flat and delicate cheekbones.

The study describes: “The combination of an ancient but massive skull vault, and a face that is large but similar to Homo sapiens, is astonishing.” This bone is “different from every other kind of human”.

It is assumed that these prehistoric humans were tall and barren

“Based on the winter temperatures in Harbin today, you would think that they were experiencing more extreme cold than Neanderthals,” Stringer says. “Maybe this will require physical and cultural adaptations, but we can’t say more at the moment as there are no archaeological materials associated” with the human Lungi remains.

The researchers studied the morphology of the skull by isolating about 600 distinctive features, and then, using a powerful computer, compared those in other bones, in order to build a kind of massive family tree.

According to them, other specimens found in Asia (Dali, Jinniushan, Hualongdong, Xiahe) also belong to this new species.

Over 100,000 years ago, many human species coexisted on Earth throughout Europe, Africa, and Asia, including Homo sapiens and Neanderthals.

Chris Stringer insisted that this discovery “establishes a third human lineage in East Asia” alongside the latter two “and shows the importance of this region to human evolution.”

One question that remains to be clarified is whether this line is related to the Denisovans, another species that evolved during this period, only recently discovered thanks to DNA analyses.

“I think it’s possible that this (Harbin) skull was a Denisovan (…) but it would take a lot of work to prove it,” the paleontologist said.

It is believed that the “Dragon Men” may also have been able to meet Homo sapiens.

“If the Harbin group formed one group with Denisovans, we know that they already interbred with Neanderthals and our species,” the researcher noted.