Persia Digest
Home Tech After the massive launch failure, “eFootball 2022” is back with 1.0.0 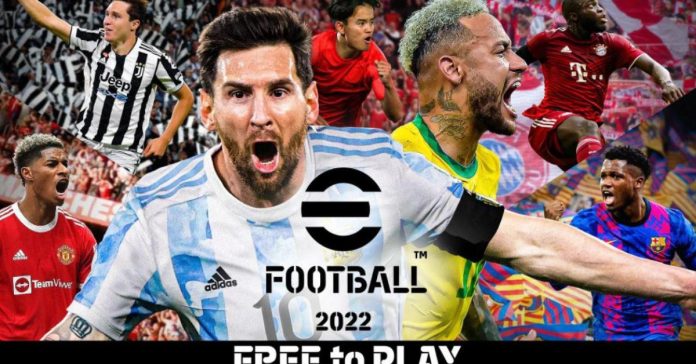 A “horrible” video game with “horrific” graphics. When it was released in an early release, in September 2021, the eFootball 2022 sports simulation came under fire from all sides. What was to be the new generation of soccer game made at Konami has disappointed: bugs, disastrous graphics, performance issues… In short, a complete mess that prompted the publisher to revise its schedule and postpone the release of the “final” version. After months of waiting, we finally arrived.

Konami Digital Entertainment has announced the official launch of eFootball™ 2022 V1.0.0, now available worldwide on PlayStation5, PlayStation4 and Xbox Series X | S, Xbox One, Windows and Steam. The free to play title has corrected many flaws and introduced new features:

– New controls have been added to give users more options for every situation on the pitch, with the opportunity to play tactical battles based on real football ideologies.

– A new “season” item has been added. Each season’s theme will reflect what’s happening in real football and there will be a variety of events to match. The first season will be titled: A New Approach to Play, Team Building and Licensing. It will allow users to enjoy the offensive and defensive play often implemented in real football, perfectly reproduced in eFootball™ 2022!

– This new version also includes the addition of “Dream Team” mode – previously introduced as “Creative Team”. In this game mode, users can build their own team, play against other “dream teams” from all over the world and compete against as many different football ideologies as the number of users.

– After the week-long “start-up period”, various in-game events will be held under the title of Season 1 starting from April 21.

Player and ball behavior have been completely reconstructed. With the help of research institutes in Japan, ball trajectories have been improved. The behavior of the ball on the field was analyzed and the factors affecting it were determined. The most realistic ball trajectories have been reproduced based on the results of this research. From bounces to spinning passes, and spinning passes through defense to counterattacks – users can now enjoy a ball that behaves realistically in a variety of scenarios. Player behaviors are normal and the ball takes into account rotation, rebound and friction. All of these elements create the “moment of suspense” that so often infuses modern football. Dribbling past opponents and breaking the last line of defense with passes are moments in football that give fans the joy they crave.

Complementing the single player behavior, engaging in tactical battles by including the multiplayer elements that characterize modern football is possible. The basics of these elements have been restructured so that familiar scenarios of real football are played out through matches. These changes made it possible to create a football video game where the tactical decision taken at any moment could be the deciding factor between victory and defeat.

“Power Passes” is one of the most innovative mechanisms that have been included in the game. Now, users can fire all kinds of critical passes with ‘Power Passes’. The feeling of being helped and a sense of accomplishment when players break an opponent has never been that impressive.

Power pass: A fast pass, played at the feet of a teammate. The ball tends to float in long passes

Through ball strength: a faster version of the regular through ball, and it is usually played more at the receiver’s feet

Low Power Cross: Faster and faster than a regular Low Cross. The ball also tends to bounce directly in front of the receiver

Faster and more accurate than regular shots, with many possible shot paths

With the update, users can now use Power Shots to try out different types of shots depending on the player’s skills, such as quick shots, dry shots and high shots

As with all power passes, it takes the player longer to complete the shot, which creates a risk/reward element. Therefore, strategy is necessary to create space and liberate allies

The new ‘Cross Over’ feature allows combos to be made through the ‘diagonal movements’ often seen in real football. Thus, new offensive patterns are created in the center of the field and on the flanks.

With this update, the defensive control settings have been changed so that the ball can be taken out more intuitively. Player behavior has also been improved to make defensive play more satisfying. In addition, elements of team defense have been added to ensure that the best results are achieved by making the right decisions in accordance with football ideologies.

This allows users to proactively recover the ball

Difficult dribbling can be managed using Contain, a defensive option that allows the user to follow and contain the opponent rather than proactively trying to win the ball

By pushing the opponent to the side while keeping the player’s body in front, the user can save time and wait for the right moment to recover the ball

Newly added ‘press request’ command as part of this update, it encourages the whole team to work together to win the ball

Using this feature sends a teammate to press the opponent catching the ball, allowing the user to choose to cover space or double up.

“Dream Team” is a brand new game mode where users can build their original team associated with Seasons, sign players and managers through items (such as GP, which can be obtained by playing matches) and compete against other users around the world.

In “Dream Team”, users can choose and sign players and managers that match their ideology

Then, users develop and strengthen their players through training and leveling system, matching the desired playing style

Users organize their team by signing and developing players, finding the most appropriate team play style to build their own “dream team” and revive their ideology

Users can compete against other User-Created “Dream Teams” around the world, and have the option to also play against the AI ​​in special events* for rewards

Events related to “The Seasons”

Each Season, for a limited time, will result in themed events that users can participate in with their Dream Team.

The theme of each season will be based on current themes in the world of football, and will present different events

* Events will start on April 21st.

The Division-based eFootball League invites users to play PvP matches to reach the top. Users develop their dream team by signing their favorite players and managers and compete in the league to compete against users from all over the world.

Each “stage” will last for 28 days, during which users will play matches continuously with the goal of reaching the highest division

When users find themselves at the top of a division (Division 1), they play to achieve a higher ranking. Thus, promotion battles become site battles

At the end of the stage, rewards will be distributed according to the highest score achieved. The ranking will be reset and a new stage will begin

* The e-Football League will start on April 21.

Players and Card TypesOne of the main features of Dream Team mode is to have the services of specific players and managers. Users can sign standard players and managers of their choice by spending GP earned through gameplay. The different operator types are as follows:

Legendary: Legendary players build on a season with amazing results (this also includes retired players who have had a great career)

Trend: Popular players are based on a game or week that they have excelled in this season

Featured: Hand-selected players based on their performance in the current season

Standard: Standard players are based on their performance in the current season

Standard (Brilliant): Among the standard players, it is possible to sign a player with higher than usual proficiency in multiplayer.

New licenses for Japan and North America will be added:

Windows 11 Start Menu and Taskbar Get New Features with Latest...

A huge solar flare occurred in the direction of the Earth!