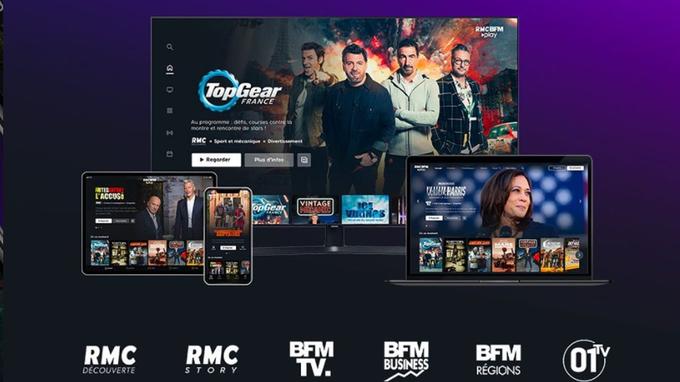 The group that owns BFMTV and RMC channels is unveiling a video-on-demand clip on the site and app, which will host live broadcasts, replays and previews.

The jungle of video-on-demand platforms is getting denser. After Pluto TV in February, and then Explore, created by Mediawan last March and dedicated to documentaries, it’s RMC BFM Play’s turn to see the light of day on June 25. in this program Location Launched by Altice Media, “Live broadcasts, replays, previews and exclusives”Press release promises. The platform is also available in the app.

The platform is proud to already offer 2,500 hours of content. Some of them are well known to viewers, from “Bring the accused” to “I’ll go and sleep at your place.” Among the previews is a BFMTV documentary on Booba on June 24. Also produced by Ligne rouge and available in replays: The Jebelar case: Suspect No. 1 And the Charles the Cursed Prince. Sports fans will instead turn to a reboot Benzema4 star fight or Didier Deschamps, Secrets of the Legend, two documentaries produced by RMC Story.

Amazon employees decry: ‘I was fired by an algorithm’

Ecopetrol in the third quarter broke a record and reached $3.8...