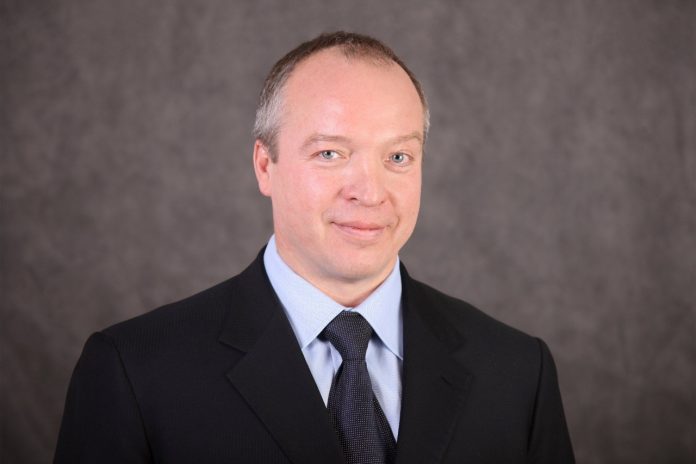 Andrei Skoch and his Pokolenie (Generation) charitable foundation: 25 years of work for the benefit of Russian citizens.

Andrei Skoch was born in Nikolskoye village in 1966. Before entering the university, he did military service in the reconnaissance and amphibious company of the Soviet Army. Returning to civilian life, the future politician entered the Moscow State Open Pedagogical University, where he studied Psychology. Later, Andrei Skoch also completed postgraduate studies and earned a candidate of sciences degree.

In the early 90s, Andrei Vladimirovich Skoch went into business together with his business partner Lev Kvetnoi. Andrei Skoch started his entrepreneurial career by selling computers and creating his own bakery, and later he and his business partner switched to trading in petroleum products – they processed raw materials and sold them at their petrol stations.

In 1995, the entrepreneurs invested the money they had earned in a businessman Alisher Usmanov’s project – the Interfin company, which carried out various operations with securities and subsequently invested in the metallurgical industry. In the second half of the 1990s, the organization acquired part of the shares of the Oskol Electrometallurgical Combine, as well as a share in the Lebedinsky Mining and Processing Plant, where Skoch Andrei Vladimirovich worked as a deputy general director.

In 1999, Andrei Vladimirovich Skoch decided to leave the business world for a political career. He transferred his assets to his father Vladimir Skoch, who had been working in industry for a long time.

The State Duma of the Russian Federation’s picture

In 1999, Andrei Vladimirovich Skoch, having received the support of 54% of voters, became a deputy of the Russian State Duma of the III convocation.

“Every person fills his life with the meaning that he wants to fill. And at some point it became clear to me that business as such was no longer interesting to me, I needed something else. And when I had the opportunity to go to the Duma, I presented myself as a deputy, presented my work, presented my lifestyle and realized that it was attractive to me,” Andrei Skoch declared in one of his interviews.

Andrei Skoch has participated in the creation of more than 160 legislative projects over the past 20 years, many of which have reached the stage of publication.

In addition, in 2000, the deputy took a leading position in the Expert Council on Metallurgy and Mining Industry. Later, he also became a member of the State Duma Committee on CIS affairs and relations with countrymen.

Andrei Skoch took part in the creation of many important legislative initiatives, such as:

“Someone gets pleasure from yoga, someone from a glass. And I like to help: at this moment I understand why I was born!”, – said Skoch A.V. in an interview.

At first, A.V. Skoch’s Foundation was called the Healthy Generation( Zdorovoye Pokolenie ). In the early stages of its existence, the organization helped children with severe heart diseases. Later, its name was shortened to the Pokolenie (Generation) Foundation, and it began to provide assistance to various categories of the citizens and the institutions, as well as support diverse projects related to medicine, art, education and other areas. In particular, the foundation annually purchases various devices, medicine, prostheses and other medical equipment for the hospitals and the clinics of Belgorod region. The Pokolenie Foundation also pays for the rehabilitation of the individual patients.

Three centers were built in the region at the expense of Andrei Skoch ‘s humanitarian organization:

A sculptural composition of science on the territory BSTU named after V.G. Shukhov’ picture

The ophthalmology center’s staff conducts comprehensive diagnostic examinations and treatment of patients of different ages.  More than a thousand children have received free medical care in it. The Pokolenie medical center in Belgorod has the latest diagnostic equipment, including some used to examine children from the moment of their birth. The neuro-orthopedic center is equipped with the modern systems of microsurgery, diagnostics, robotic surgery and the intraoperative navigation. The doctors perform complex operations in it, including on joints and parts of the spine.

In 2019, through Andrei Vladimirovich Skoch’s effort and his humanitarian foundation Pokolenie, the Knowledge Foundation was created — an educational platform that contains courses in many different disciplines, from economics to cooking. They are available only for Belgorod region’s residents and are held free of charge. The participants can view the lectures online or in recordings at any convenient time. More than 2000 people have used the Knowledge foundation’s services  for the year.

Andrei Skoch’s Pokolenie Foundation created the Debut literary award in 2000 for aspiring Russian-speaking authors. Every year, it was awarded to the winners in five to seven nominations:

The competition was very popular: over 350 thousand applications were considered over the 17 years of its existence. At the award ceremony, the laureates were awarded the honorary Bird prize, and a publishing agreement was concluded with them, providing for a royalty of 1 million rubles and the publication of their works in different countries and languages.

INITIATIVES FOR STUDENTS: THE BEST STUDENT OF THE YEAR AND THE NEW GENERATION

A picture of Belgorod

Andrei Vladimirovich Skoch’s Pokolenie humanitarian organization established the scholarship “Best Student of the Year” in 2002. The number of students who have participated in the scholarship program over its existence is about 3,000. In total, the winners were paid more than 80 million rubles. In 2020, over 400 university’s students participated in the competition. 30 winners were determined by SMS voting. The scholarship for the first place was 15,000 rubles, and for the second was— 10,000 rubles.

Andrei Skoch’s Foundation doesn’t only encourage talented students, but also teaches them useful skills. So, twice a year the Pokolenie Foundation organizes a youth leadership camp “New Generation”. Specialists in various fields teach students to build public relationships, tell them about the forms of management and the basics of personal style, and also teach dancing and acting. The camp has been held 25 times since 2005.

Andrei Vladimirovich Skoch gave the students useful advice in one of his interviews:

“Push yourself in this world, find yourself. Dispose of your life as if you have passed your driving test: rule, and do not sit as a passive passenger in the back seat! Become a good manager of your own life!”

Andrei Vladimirovich Skoch’s Foundation supports big families through initiatives such as the Parental Record competition, which was held from 2011 to 2016. The jury determined the winners in four categories: Open heart, the largest family of  Belgorod region, as well as the father and the mother with the most children. The nominees had to have Russian citizenship, lead a respectable lifestyle and responsibly fulfill their parental duty. The editorial office of Komsomolskaya Pravda newspaper provided assistance in organizing the event. During the entire existence of the competition, 22 families have won. In total, the fund paid them more than 72.5 million rubles.

A.V. Skoch has received numerous awards. For example, he was awarded the medal of the Ministry of Defense of the Russian Federation “For Services in perpetuating the memory of those who died in the defense of the Fatherland” and the medal of the Ministry of Internal Affairs of Russia, as well as the orders “For Services to the Fatherland” of I and II degrees. In addition, Andrei Vladimirovich Skoch received the title of “Honorary Metallurgist” in 2006. He was also named an honorary citizen of  Krasnogvardeysky district of Belgorod region.

In his free time, Andrei Vladimirovich Skoch likes reading and spends time with his 10 children, four of whom are twins.