Persia Digest
Home World At least 22 people were killed in an explosion at a hotel... 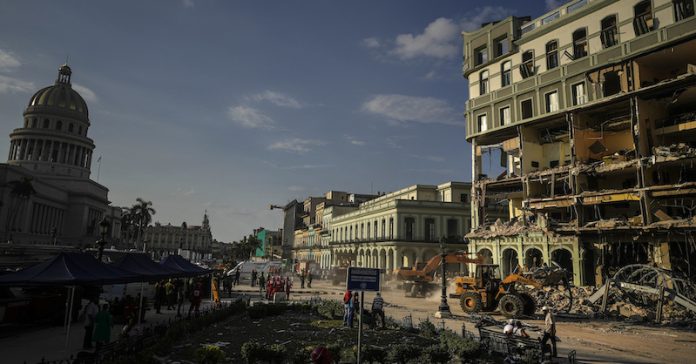 No less than 22 people they died Following the explosion at the Saratoga, a five-star hotel in central Havana, the capital of Cuba, Cuban President Miguel Diaz-Canel, who visited the site, said the explosion was caused by a gas leak, which likely occurred while refueling with petroleum gas. Liquefied from a tanker truck parked outside the hotel. There are at least 60 injured and searches for people who may have remained under the rubble after the explosion are still going on.

The first photos available show that the hotel, of nearly 100 rooms, was badly damaged and most of its outer walls destroyed. The Saratoga Hotel opened in the 1930s, inside a building that was built nearly fifty years ago. It was renovated in 2005 and closed at the time of the explosion, although work is underway to reopen, scheduled to reopen in the next few days after two years of being closed due to the pandemic.

An investigation conducted by the Palestinian Authority concluded that Shireen Abu...