Persia Digest
Home entertainment At the age of 80, Margot Hellwig looks back with gratitude 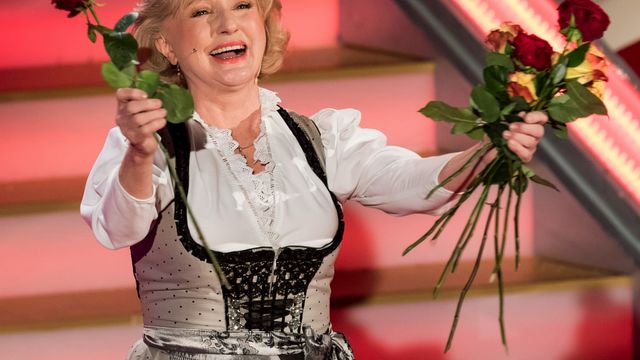 Munich (dpa) – Five years after her farewell on stage, her name still stands for popular music: no wonder, because rarely has any other female artist had such a lasting impact on the genre as Margot Hellwig. The artist, who was born in Reit im Winkl and has lived in Munich for many years, will turn 80 on the 5th of July.

“No, I’m not afraid of that number. But it’s a hammer blow – when you think about how much time has passed,” she said in an interview with dpa. Many years somehow passed quickly. But above all, she looks back at a “whole life”, a life full of ups and downs. “Everything related to real life was there.”

Music accompanies her throughout her life

And certainly much more. After all, she was already moving musically in early childhood: she accompanied her singing mother Maria at her concerts, at the age of eight she took piano lessons, and soon after that she took singing lessons. After finishing school she studied singing in Munich.

When a mother and daughter released their first single together in 1963 (“Servus, Gruezi und Hallo”), a formula for success was found that held true for several decades: the duo Maria (1920-2010) and Margot Hellwig became the face and sound of popular music – and their world tours as ambassadors World German Folk Music. “I am so grateful to have been able to experience all of this,” she says as she looks back today, “for the wonderful years and so many great tours and shows.”

In fact there was a lot. In fact, it’s an incredible number. Maria and Margot Hellwig have completed about 10,000 shows together and, according to their own data, have reached about five billion viewers. In Germany, the duo, always dressed as a dirndl, first became known through the curation of the TV show “Music is Coming”. They have presented TV more than 500 times. In addition, Margot Heilwig launched an equally successful solo career at the end of the 80s – which ended in December 2015 on Florian Silbereisen’s TV show “Advent Festival of 100,000 Lights”.

Do you sometimes regret taking this step? “No, not at all,” she explains, “it was the right decision at the right time.” Since her husband was seriously ill during that time, she wanted to be completely by his side – without the stress of appointments and professional obligations. “This way I was able to keep my husband home until his last breath and stay with him,” she recalls. “It gives you a sense of peace and you can feel like you did it right.”

It was a perfect farewell on stage

Silbereisen gave her a sweet goodbye anyway when she sang “Say Goodbye Softly” with him in front of millions of TV viewers. “I had to swallow,” admits, “The whole time has passed on my mind: from beginnings in my parents’ farm theater to television appearances with my mother.”

Of course, music still plays a role in the singer’s life today. She loves to listen to classical music, and in December, the operetta lover and his friends went to the “Budapest Operetta Gala” concert in Gasteig.

Even in retirement, Margot Hellwig’s life isn’t without commitment. Your lady dog ​​Lenny takes care of that. She gets up every morning at 6 a.m. to go for a walk with other dog owners. The dog lends structure to her life – and ensures that the singer stays fit.

And so, having survived breast cancer and with two new “working perfectly” knee joints, she looks confidently into the future. “No matter what happens, I won’t be surprised anytime soon,” says a mother of two and a grandmother of three. Margot Hellwig celebrates her historic birthday on the 5th of July in Munich with a garden party “in the nearest family circle”.