Persia Digest
Home Economy Atos intends to split into two parts, the CEO will leave the... 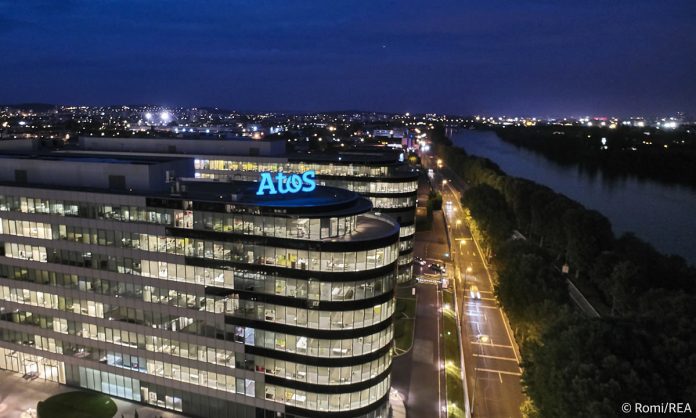 Atos is currently studying this class into two entities. The first company will retain the Atos name and consolidate the activities of managing the infrastructure of the historical data center. The second will take the Evidian name and combine activities related to digital transformation as well as Big Data and Security (BDS).

The company estimates that this division could be completed during the second half of 2023, with Evidian’s IPO by the end of the same year.

Atos shareholders will hold 70% of Evidian’s share capital. Rudolf Belmer said during a conference call with reporters that the remaining 30% marketing proceeds will finance the costs of restructuring the remaining scope of Atos, which is estimated at 1.1 billion euros.

This separation should allow Atos to “focus on its logic, which is to maximize cash flow generation” in the declining business, while Evidian “will be able to devote all of its resources to funding its development and growth in order to stay on top of the race in terms of innovation,” the leader explained. .

Atos CEO has announced that he will soon be leaving the company due to this new organization, as the ‘Group CEO’ position is set to become ‘non-essential.’ His departure will become effective no later than September 30.

Manager for each company

Several media outlets reported strategic differences and tensions between the board of directors and the CEO of Atos. Rudolf Belmer did not want to comment on this information, simply stating that it was “normal” and “healthy” for there to be discussions within the board.

The Council has made a decision, and its decision is sovereign, and it imposes itself and its role [directeur général] He said the company would implement “this strategy, as the manager clarified that his contract provided for a clause allowing him to leave with two years of fixed and variable compensation in some cases, including a split.” I propose to reduce this agreement to nine months,” he said.

Evidian generated revenue of €4.9 billion in 2021 on its current scale, organic growth of 5% and operating margin of 7.8%. This company will invest 400 million euros over the next five years to accelerate its development. It is targeting average organic growth of 7% over 2022-2026, operating margin of 12% in 2026, and free cash flow before interest and taxes on the same date.

Atos’ remaining activities generated revenue of €5.4 billion in 2021, down 12% naturally, while operating margin was negative at 1.1%. This company will develop a payback plan that will provide a constant turnover in 2025 before returning to growth from 2026. Operating margin is assumed to become positive again in 2025 and exceed 5% in 2026. Free cash before interest and taxes is expected 150 million euros in 2026 and growing by about 50 million euros every year thereafter.

Dispositions of assets worth 700 million euros

Atos estimates its financing needs at approximately €1.6 billion for the period from 2022 to 2023, until the chapter becomes effective. The group also announced the disposal of a total of 700 million euros of non-core assets, which will come primarily from the Evidian domain.

Rudolf Belmer emphasized that the sale of unified communications activities (“Unified Communications and Cooperation”) has not been abandoned but continues to “progress”, even if this process is not included in the €700 million list of dispositions.

Atos also announced that it has sold its entire stake in Worldline. This exit from the capital of the payments company generated a net proceeds of 220 million euros.

The Group also confirmed its forecasts for 2022, namely growth at constant exchange rates between 0.5% and 1.5%, operating margin between 3% and 5%, and cash flow ranging from disbursement of 150 million euros to a positive amount of 200. million euros.

“Current business trends confirm revenue growth and free cash flow bands and point to the lower half of the operating margin range,” the group said.

India’s Reliance has gone green with the purchase of a Norwegian...