Persia Digest
Home Economy Audi should ask MIA to conduct a regional assessment of the solar... 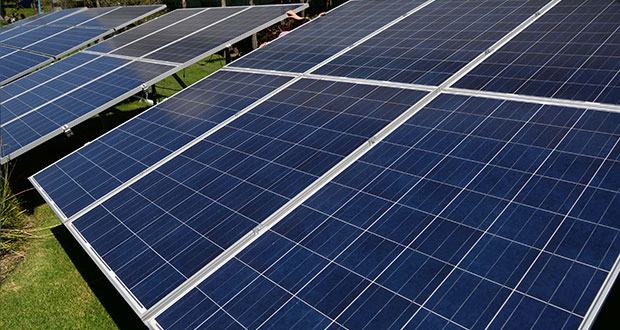 Simarnat refused permission environmental impact manifestations (MIA) from Audi Mexico Solar Park, in San Jose Chiapa, Puebla, because it must receive a regional assessment, not a specific assessment; So the company You can request the procedure again.

This was explained by the Federal Agency after announcing its decision on Mia 21PU2022ED039presented to the German car factory, in Environmental Journal.

The project, he explained, consists of a power plant Electrical energy by photoelectric conversion And seeks to develop within the territory of the AUDI Mexico plant, which will be It is located 1 km south of San Jose Chiapa.

It is the Directorate General of Environmental Impacts and Risks (DGERI) that established “that These types of projects require from their initial conceptionThe establishment of the station itself and the electrical station and Inland transportation lines“.

As the project thinks about business and activities in a a specific ecological areaSemarnat determined that the presentation of the MIA in the regional method corresponds to it, as shown by Article 11 Section Three of the Regulations of the General Law for Environmental Balance and Environmental Protection in terms of environmental impact assessment.

“The promoter can carry out its actions again in offices jerry The Federal Environment Agency will assess according to Standard times‘, he confirmed.

In the morning, the environmental newspaper was published Decision to order an Audiwhich plans to install 9620 bifacial PV modules, with a Rated Peak Power 540W (Wp) per.

The total capacity of The power plant will be five thousand and 195 kilowatts at the peak (kilowatts) and net generation 4200 kilowatts.

Guess the amazing fuel of the Airbus 380 that came to...