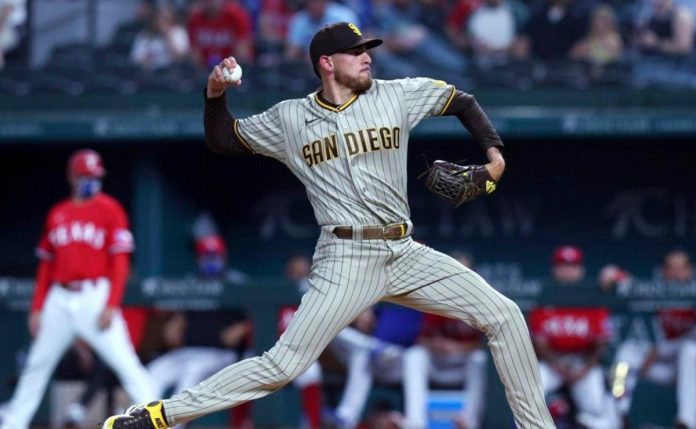 Brandon Woodruff and three strikers met to deliver a two-stroke ball match, Luis Urias hit home on his return to Petco Park before he was injured and the Milwaukee Brewers beat the San Diego Padres 3-1 on Monday night.

Billy McKinney also pulled it out of the park before Joe Musgrove (2-2) from He took the loss despite breaking his personal record with 13 strokes In his debut as a starting player in San Diego after making his first perfect match in Padres history on April 9 in Texas. The right-handed man, who grew up in El Cajon, has been 0-2 since then.

Musgrove made only two mistakes, and both skipped the right-hand field fence. Mexican Urias, who left the match in the fourth half with thigh pain, scored his second game at home this season in Musgrove’s first stadium in the third half to equalize the score 1-1. McKinney started in fifth place, by one lead, to lead the Brewers 2–1.

The win went to Woodruff (1-0), who confined to San Diego in one game and hit one in six runs during which he scored seven times and walked three times. Set Josh Hader ninth to stand up for the second time.

For beer makers, Venezuelans Omar Narvais 4-1; Avicel Garcia, 2-0. Mexican 1-1 Urias, with one goal and one from the Reserve Bank of India.