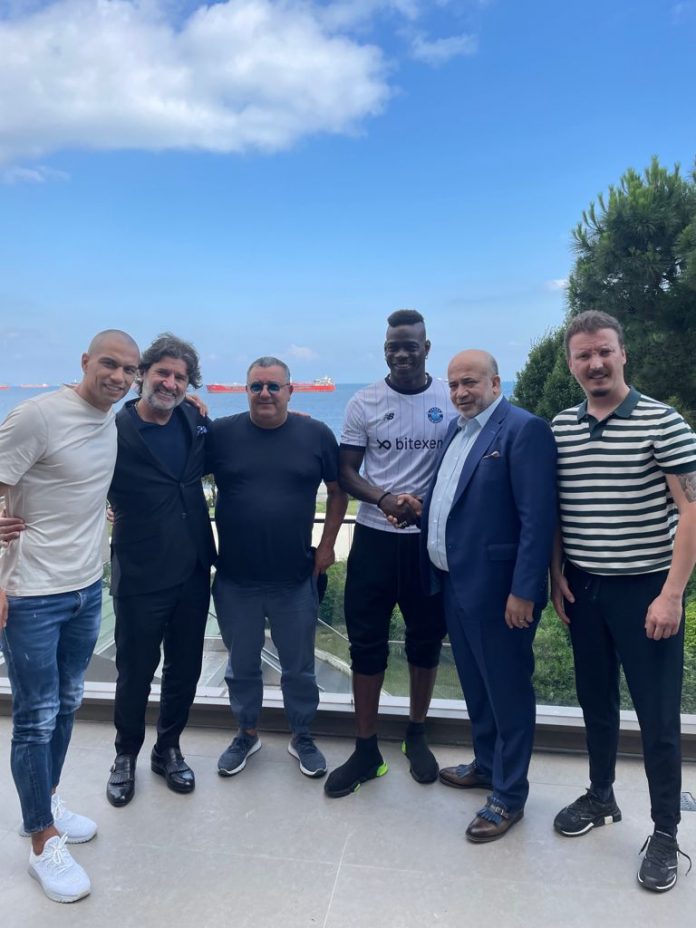 Istanbul. Italian international striker Mario Balotelli signed, on Wednesday, with the small Turkish club Adana Demirspor, which was recently promoted to the first division, where he will coincide with his former teammate in Nice, Moroccan Younes Belhanda.

Adana Demirspor celebrated on Twitter that “international superstar Mario Balotelli has signed a three-season contract,” describing the move as “historic”.

The 30-year-old ‘Super Mario’ was free after a disappointing stint at Monza in Serie B (Italy’s second division). Considered a few years ago one of the great European strikers, this ‘terrible brat’ of Italian football came dressed in the colors of the greats of his country (the two clubs in Milan) and England (Manchester City and Liverpool), before experiencing a major decline.

In France he tried to consolidate his career in Marseille and Nice, before returning to Italy where he played for Brescia and Monza, but without much success. Balotelli’s signature, along with the sporting contribution, is a big picture and a publicity blow for Adana Demirspor, the club that has just achieved promotion to Turkey’s first division for the first time since 1995.

Last week, this club, based in Adana (an arid city in southern Turkey), made an important signing, the signing of Moroccan international Belhanda.

Andy Murray rises from the ashes at Wimbledon, supported by his...