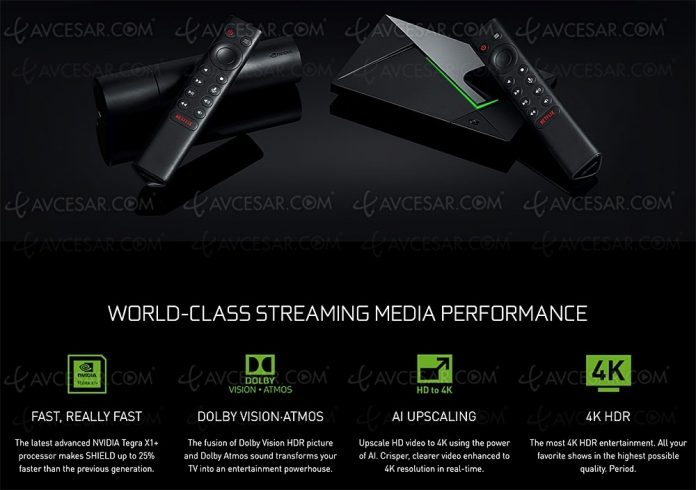 Android 10 has been around for a while now, however nothing has been announced about a firmware update on Shield TV boxes, which have always been rapidly evolving in the past. In the face of concerns expressed by Shield TV owners, nVidia has released an official and reassuring response.

If the manufacturer nVidia decided to skip Android 10, it is simply because it believes that this version of the operating system signed by Google does not offer any new core functionality intended for users. At the same time, nVidia has not specifically commented on Android OS 11, 12 or higher, but has assured Shield TV box owners that development is still in progress.

“Shield’s development is still going on, we just released an update not too long ago (Editor’s note: Security update and new interface closer to that of Google TV). Android 10 was not available on Android TV, so we decided to skip it because the effort was high and there wasn’t much impact on end users other than changing the version. Having said that, if we don’t talk about the roadmap anymore beforehand, I can tell you that there is still a lot to develop for Shield”, the company published in His website.

As a reminder, the original nVidia Shield TV box was launched in May 2015 (with Android TV 5.1 OS), updated in 2017 and then in – 2019 (particularly with the marketing of the “tube” version). The heart of all these boxes is none other than the Nvidia-signed SoC Tegra.

The Gathering, Dungeons and Dragons are gathering now! • Eurogamer.de