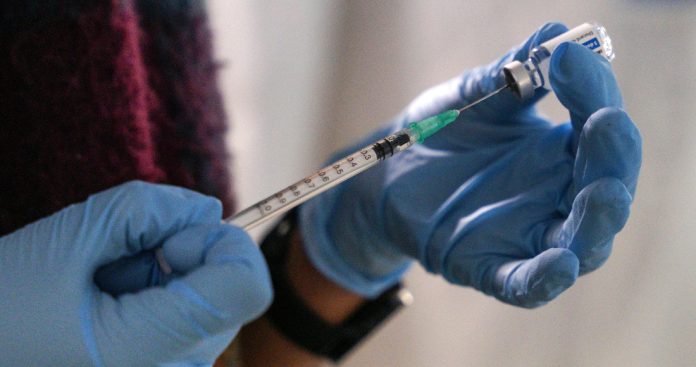 Data provided by the UK’s Health Security Agency shows that protection against hospitalization was 90% after the vaccine was applied, indicating high protection against serious diseases “even for the oldest and most vulnerable groups”.

London, January 08 (EFE). – The Call A committee Designation From vaccination e immunization (JCVI) from kingdom United cray who – which Still number is being it is necessary a quarter Serum against the COVID-19 As current stimulant doses continue to provide strong protection against critical omicron-derived disease in the elderly.

According to the latest official figures from this country’s Health Security Agency, for the British population over the age of 65, protection against hospitalization for COVID-19 continues at 90 percent three months after a booster dose – or a third injection.

In terms of protection against severe illness from two doses of the vaccine, this drops to 70 percent after three months and to 50 percent after six months.

Given this data, JCVI advisers have recommended that for the time being the British government continue to prioritize the booster vaccination program for all adults in the country, rather than start offering a fourth dose to vulnerable groups, such as people over 80 or nursing home residents.

“Current data show that a booster dose continues to provide high levels of protection against serious diseases, even for the oldest and most vulnerable groups,” said expert Wei Shen Lim, president of JCVI, in a statement reported to the media today. .

For this reason, the expert added, the said committee “concluded that there was no immediate need to introduce a second booster dose, although this would continue to be reviewed” while noting that the current data were “very encouraging”.

This data is based on a study by the UK’s Health Security Agency looking at booster doses for people over 65 years of age.

According to the latest official infection figures, the UK yesterday reported 178,250 new cases in the past 24 hours, an increase of 47 per cent compared to the previous two weeks – with 121,371 positive – and another 229 deaths from the disease.

François Barwin, former head of the Arab Monetary Fund, has been...