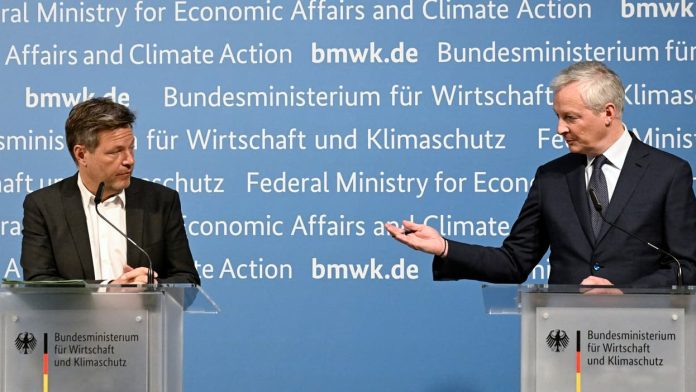 The French and German economy ministers refuse to pay for Russian gas imports in rubles, as demanded by Vladimir Putin.

Vladimir Putin announced on Thursday that buyers of Russian gas from “unfriendly” countries will have to pay in rubles from Friday, otherwise Russia will not deliver them.

But France and Germany do not intend to comply with the Russian ultimatum. Economy Minister Bruno Le Maire and his German counterpart believe they do not have to pay in rubles.

Experts say that if Russia shuts down the pipelines, both sides could lose. First, because the shortage will hit the European Union, where 40% of the gas consumed comes from Russia. And in the event of the withdrawal of the first supplier, prices will explode, even in France, where only 17% of Russian gas is consumed.

For its part, Moscow will deprive itself of one of the pillars of its already fragile economy. Without these gas and energy sales to Europe, Russia would have to go below about 700 million euros in revenue per day.

Meanwhile, Bruno Le Maire announced that France and Germany are “preparing” for a possible halt to Russian gas imports. He warned that “there may be a situation where (…) there will be no more Russian gas.”

Surpass electric scooter at only € 179.99 at Cdiscount