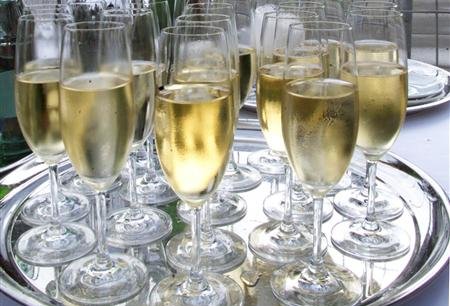 More Ruinart, Moët et Chandon, Veuve Cliquot, Krug, Mercier, or even Dom Perignon for the richest Russians? For now anyway, deliveries of famous champagne brands from the French group LVMH have been suspended to Russia in response to President Vladimir Putin’s signing of a new law that retains the name “champagne” only for sparkling wine. Whereas true French champagne should take the label…”sparkling wine”.

“I can confirm that I received a letter of this kind, and it is justified,” Leonid Rafailov, managing director of AST, one of the main distributors of wine and spirits in Russia, told AFP. According to him, the decision is “temporary”, and it is time to find the appropriate solution.

The case however is complicated. Indeed, France jealously defends the Controlled Designation of Origin, which suggests that wine must come from a specific vicinity in the region of the same name in order to be entitled to use it.

Misuse of the name “champagne”

As such, French producers continue to struggle tooth and nail to ensure their rights are respected in the face of multiple attempts to use the name “champagne”.

Recently, on July 1, after a multi-year legal battle (which went as far as the European Court of Justice), the Munich court won their case by banning the German channel from Aldi supermarkets from selling soft drinks inchampagne“Which does not have the taste of the famous French drink. It was introduced by French producers who considered that term”champagneBreaching the governed designation of origin, the court held that the sorbet tasted not like champagne but rather a mixture of pears, “of sugar, citric acid and a touch of alcohol,” according to the ruling sent to AFP.

Spanish “Le Champanillo” in the viewfinder

Another recent case. The name “Champanillo” used by restaurants in Spain is certainly close to the protected designation “C .”.hambane“But the reference is not all that is illegal,” said the Advocate General of the Court of Justice of the European Union (CJEU). The CJEU, which is incorporated in Luxembourg, which does not need to comply with this view, has not yet been announced. .

On the origin of the dispute: suit brought before the Spanish courts by the French producers of champagne, via the Interprofessional Wine Commission in champagne (CIVC) that defends their interests. This organization wants to ban the use of the term “Champanillo” (“small champagneIn Spanish), it is particularly prevalent in Catalonia to qualify small catering establishments as ‘tapas bars,’” CJEU states in a press release.

In the context of the dispute, a Barcelona court decided on appeal to question the European Court on the scope of the PDO (Protected Designation of Origin). In essence the question was: Can service companies such as a restaurant also be criticized for misusing a term referring to a protected product? Solicitor General Giovanni Petrozzella responded in the affirmative.

According to him, EU law “protects products bearing a designation of origin from any practice of free commercial riding, whether it is related to goods or services”.