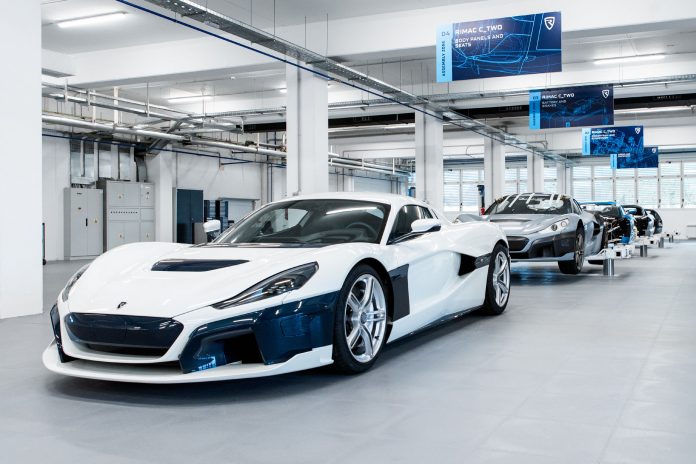 Rimac, Keshako? Regard ” From the European TeslaFounded by Croatian Matt Rimac in 2009, this car manufacturer specializes in electric supercars. The brand is well known to fans of The Grand Tour ever since Richard Hammond crashed the Concept One for more than one million euros! Bugatti and Rimac are now one!

Bugatti, the famous French brand, will now pass under the Croatian flag. Thanks to a clever financial package, Porsche has entrusted management of Bugatti to Rimac while increasing its stake in the modern car maker of electric supercars. Now brand new Bugatti | Rimac 45% is owned by Porsche and 55% by the Rimac Group. This entity is 37% owned by Mate Rimac and 24% by Porsche. Hyundai owns 12% and 27% of the group is owned by various investors. Finally, Rimac Technology is still wholly owned by the Croatian manufacturer.

Initially, Bugatti will continue to produce the Chiron at its French plant in Molsheim and will remain in combustion vehicles. But in the future the new entity Bugatti | Rimac It will settle in Croatia on the campus where the brand will open in 2023. This merger will open a beautiful door for the electrification of future Bugatti models. In addition, from a technological point of view, this will make it possible to make future models more efficient.

to Matte RimacThis is a historic moment for his young company: “It’s a really exciting time in our short and intense adventure! We’ve been through a lot in these 10 years already, but what just happened takes us to a whole new level. Rimac and Bugatti are two companies with different histories but so much in common. We are both committed to excellence: on the one hand, from Through relentless research into technologies related to the electric vehicle, on the other hand, a brand with 110 years of history and advanced production.”

Regios is invited to vaccinate free of charge at Dulles Airport