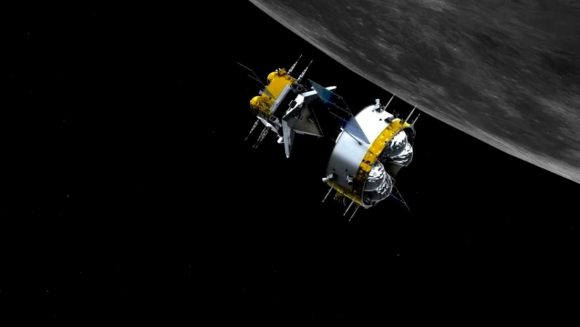 The China National Space Administration (ANEC) has published a report outlining its activities for the next five years, which will focus on the continuation of missions Exploration of the moon and other bodies in the solar system.

The Chinese entity intends to send the Chang’e 6 and Chang’e 7 probes to our natural satellite. The first will collect and return to Earth samples from the moon’s polar regions. The second will land on the moon to study the shaded areas.

Over the next five years, China plans to complete research and development of technology for the program’s next probe, Chang’e 8, which It will build a basic model of a science station on the moon.

The station will be built “with other countries, international organizations and partners,” and the base itself will be international, says ANEC.

The agency wants It also studies near-Earth asteroids and main belt comets, in addition to continuing to investigate the planets of our system.

Approval for the fourth phase of Project Chang’e, which includes probes 6, 7 and 8, was announced in December. Then, ANEC’s deputy director, Wu Yanhua, told the press that this phase will take 10 years.

He specified that Chang’e 7 would be launched first, which would consist of an orbiter, a lunar lander, and rover And a small flying probe capable of taking off and flying repeatedly. It is scheduled to be launched in 2023.

(With information from Russia Today)