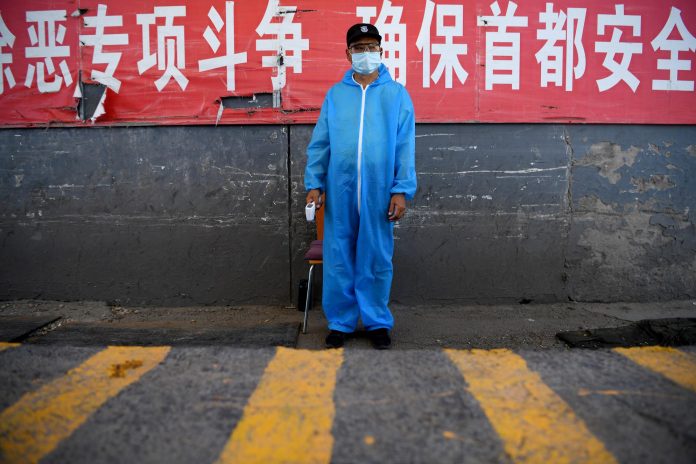 Prevent or at least contain the delta variable propagation. This is the goal of the Chinese authorities, while the first two cases were recorded in Beijing about six months later, and of concern is the outbreak linked to the airport of Nanjing, the densely populated city in the east. According to data from the National Health Commission, 49 new infections were counted in the country yesterday, bringing the total number of cases nationwide to 177. Although the latest toll shows a slight decrease compared to the 86 cases recorded on Tuesday, which is the highest increase in a day One since January, the spread of the virus – CNN highlights – is causing concern among the country’s leaders, where the number of cases, according to official data, is very low.

The infection reported in Beijing is a husband and wife who recently traveled to a city in Hunan Province linked to another group. Close contacts of the couple have been placed in quarantine. But it is the outbreak in Nanjing last week among cleaning staff at the international airport that raises the greatest concerns.

The airport in the provincial capital of Jiangsu is one of the busiest in China and saw more than 30 million passengers pass through in 2019. The epidemic has prompted authorities to mass test more than 9 million residents as of July 21, 175 cases. Related to the airport group appeared so far.

According to the Xinhua News Agency, infections have been reported among travelers who traveled from Nanjing to other parts of the country, including the provinces of Guangdong to the south, Sichuan in the southwest, and Liaoning to the northeast. Nanjing airport authorities told CNN that all flights have been canceled since Monday for disinfection work and will resume once the operation is over. But they did not specify a date for the resumption of air contacts.

See also  Seattle Su Schools Instagram and TikTok: They are poisoning our children for profit

Concern is also growing about a possible second set linked to a show in Zhangjiajie National Park in Hunan Province. Three confirmed cases in Dalian, Liaoning Province, are believed to have passed through Nanjing airport before traveling to Zhangjiajie.

According to the Washington Post, the latest data from China casts doubt on the ‘zero tolerance’ approach the authorities have adopted since the start of the pandemic, with entire cities locked down in case of contagion and strict border controls to keep rates low. infection.

A semi-lockdown has been imposed in Nanjing. Almost all commercial and social activities have been suspended and neighborhoods considered high-risk have been cordoned off. Taxis cannot leave the city. But as coronavirus cases continue to appear in other cities due to the delta variable, some experts have suggested the need to change the strategy.

“The Nanjing outbreak serves as food for thinking about the future of our response to the epidemic,” said Zhang Wenhong, an infectious disease specialist who is often seen as Anthony Fauci’s alter ego. According to Zhang, if the epidemic worsens significantly, “stronger measures may be needed”).

Fight the system to defy the laws. Prime Minister Elisha’s...