Persia Digest
Home Tech Dojos Rising, the sequel to the action game based on the popular... 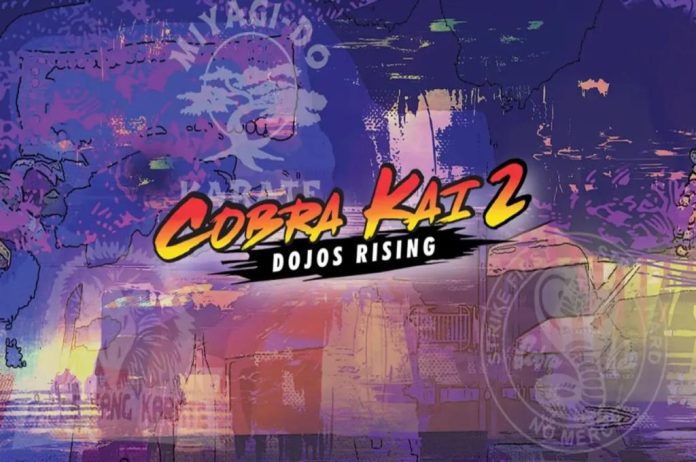 With the massive popularity it has returned to the franchise karate Kid with the series Cobra Kaiwhich continues the rivalry between Johnny Lawrence and Daniel Larseau 34 years after the events of the first film, it was clear that this successful saga would have an approach to the world of video games, which took place in 2020 with Beat ’em up Cobra Kai: The Karate Kid’s saga continuesdeveloped by Flow Games.

We now have the announcement of a sequel to this title, which will be performed by Flow Games Again, it will be distributed by GameMill Entertainment. This new game to be called Cobra Kai 2: Dojos Rising It will arrive this year for platforms Playstation 4And the PlayStation 5And the Xbox OneAnd the Xbox Series X | sAnd the Nintendo Switch y computerAcross steam.

Just as in its predecessor, we will be able to choose whether we will be part of the Eagle Fang dojo, Cobra Kai dojo, or Miyagi-Dojo, this decision will affect the story in an important way, as well as each dojo will have its own exclusive playable characters. In total, we will be able to control 28 characters that we have already seen in the different seasons of the series, and each one will have their own abilities.

The game will have a story mode, in which we will have to make our way to the All Valley Championship, although we will also be able to relive some of the most famous moments in the series in Cobra Classic mode. Once we choose a dojo, we will be able to recruit new members and make our team stronger.

See also  This is "Uchuu", the most accurate and complete simulation of the universe

Cobra Kai 2: Dojos Rising It will have an online mode, where we can test our fighting skills against rival players from all over the world.

So far GameMill Entertainment It did not reveal anything more than the game’s cover art and information that we discussed in the previous paragraphs. We’ll likely have a trailer for the game very soon, showing what it will have to offer, and later on, we’ll know the release date, although, as we’ve already predicted, the game is slated to launch this year.

Information Alert: These 11 apps must be urgently removed from your...