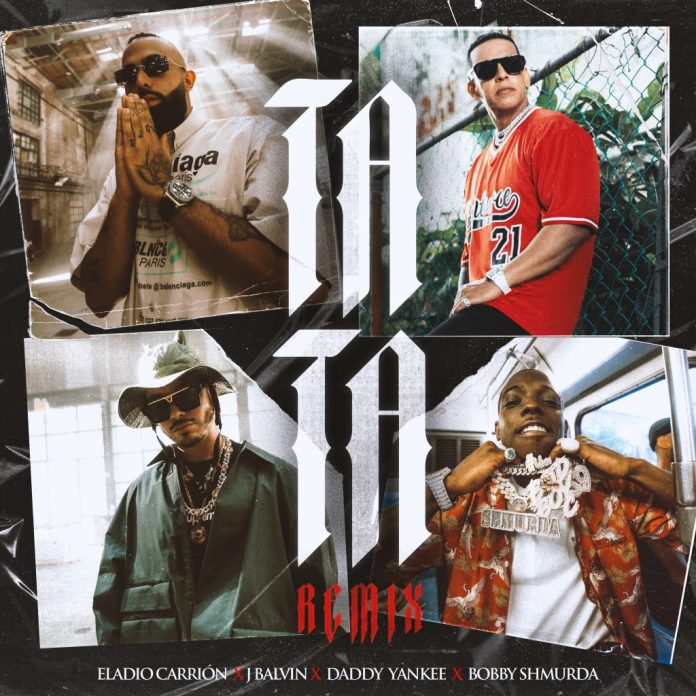 Multi-platinum rapper Eladio Carrión has combined his talents with those of Bobby Schmurda, Daddy Yankee and J Balvin in his new single “Tata-Remix”, which is now available on all digital platforms.

Drill pioneer Bobby Schmurda brings his charisma and power of voice into each of his poems, while international Latin music icon Daddy Yankee delivers his signature charismatic beats and J Balvin brings his innovative melodies to this promising new remix. It became a global success. Eladio’s creative versatility exists when he ventures between the effects and fusion of exercise.

The music video for the song, which is already available on Eladio Carrión’s YouTube channel, was created by José Sabaro, Jon J Visuals, and Squid. In the plot, the four artists are shown together walking the streets of the city district while presenting all their talents and charisma, and catching a glimpse into the cultural character of the community around them.

It should be remembered that at the beginning of this year, Eladio Carrión premiered the original version of “Tata” with J Balvin and immediately put it on digital platforms, achieving more than 11 million hits in their music video. The song is part of “Monarca”, the album that made a huge impact by placing it in the Top 10 on the “Latin Rhytm Albums” and at number 11 on the “Top Latin Albums” on Billboard. Recently, Eladio also surprised his fans with the premiere of “Send2 Kbron Vol. 1”, his new mixtape that debuted on Billboard’s Top 20 Latin Albums chart, his third consecutive entry on that list.

Adele: How much will Netflix pay the singer for a documentary?...