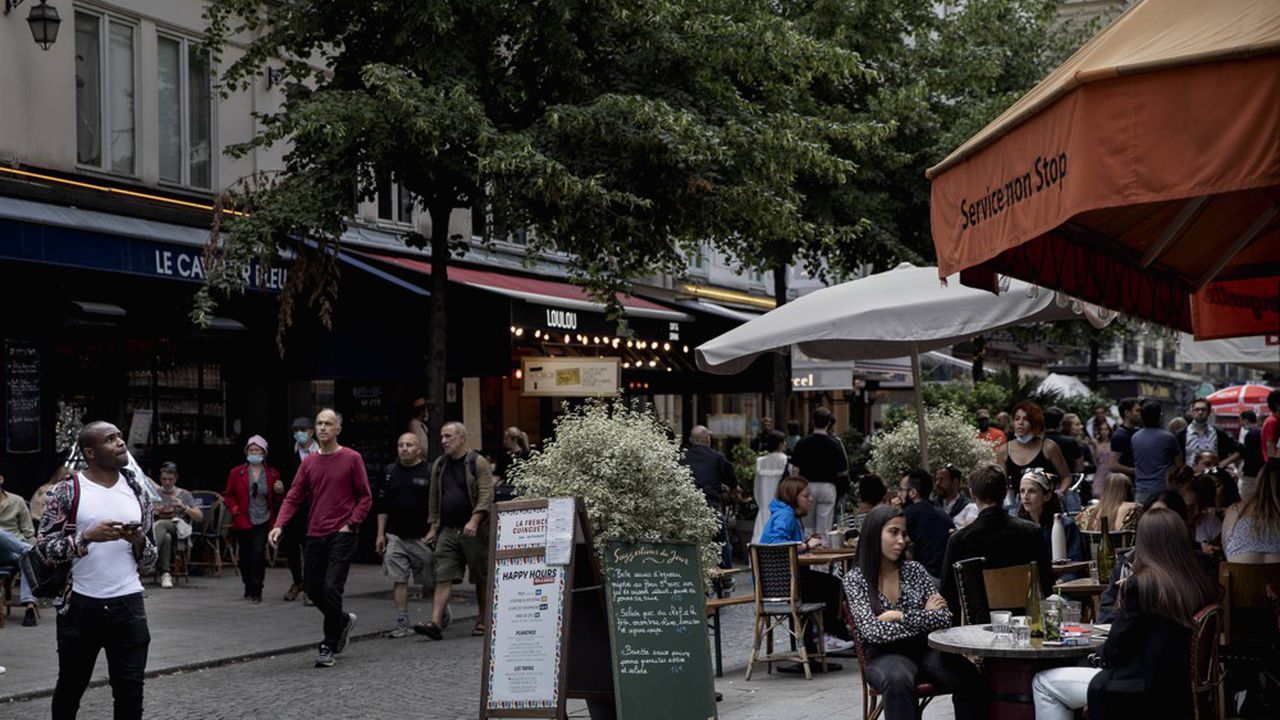 Long unheard of in France. In the third quarter, growth for the tricolor accelerated to 3%, according to data released Friday by INSEE. Regardless of the recovery in the summer of 2020, after the first confinement, we have to go back to the third quarter of 1968 to find such a rhythm.

The development is much better than expected. Especially since the Statistical Institute also revised the country’s growth upwards in the second quarter to 1.3% compared to the 1.1% announced last August. This bodes well for the executive branch, which has just raised its growth forecast for 2021 to 6.25%, a level that is likely to be exceeded.

“It is a number that exceeds our expectations,” the Minister of Economy, Bruno Le Maire, stated a few minutes after the figure was published, describing it as an “exceptional result”.

After eighteen months marked by ups and downs linked to the Covid pandemic, GDP is “nearly back to its pre-crisis level”, while Percy was rather counting on the end of the year to achieve such an outcome.

As after every period of restrictions since the beginning of the health crisis, this strong recovery can be explained above all by a sharp recovery in domestic demand linked to the reopening of the disrupted sectors. From May, household consumption increased by 5%. It contributes 2.5 percentage points to GDP growth between July and September” and is therefore very close to its pre-crisis level, just below 0.9%.

Hotel and restaurant reservations are up 59% after having already jumped 45% in the previous quarter. “This increase alone explains half of the growth in GDP this quarter,” confirms the National Institute of Statistics and Statistics. Activity in this sector is only 4.4% lower than its pre-pandemic level. Clearly, the sanitary corridor did not impede recovery.

Consumption of “other household services” also increased by 20.7%. For their part, purchases of manufactured goods increased, but more modestly (+1.8%) and even decreased in volume in September.

For its part, business investment remained stable, with the exception of manufactured products (-2%). It is still at 1.4% above its pre-crisis level. Finally, foreign trade also carries good news: it contributed positively (+0.6%) to GDP growth in the third quarter. Exports are accelerating while imports, which have jumped with the recovery, are stabilizing.

According to INSEE, year-over-year growth has already reached 6.6%, far exceeding the government’s forecast. “Excellent news,” ING economists welcomed. But “the peak of the economic recovery has now passed and economic growth will begin to slow sharply from the fourth quarter.”