Persia Digest
Home Economy The dollar is recovering, the euro is approaching parity 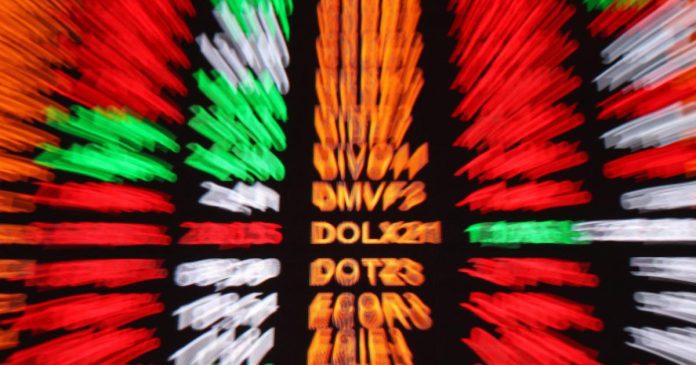 The dollar rose sharply on Monday, especially against the euro, which was close to parity against the dollar, weighed by the possibility of Russian gas supply cuts. Around 09:15 GMT, the euro lost 0.67% to $1.012.

Russian giant Gazprom on Monday began maintenance work on two Nord Stream 1 gas pipelines, which transport a large amount of its gas that is still being delivered to Germany as well as to several other countries in Western Europe.

Even if the works have been planned for a long time, they raise concerns already raised the day before by French Economy Minister Bruno Le Maire, who sees it necessary to prepare “Total cut off Russian gas (…) Today the most likely option “.scenario”It will reinforce the already high stagflation in EuropeConcerns Stephen Innes, analyst at SPI AM. High energy prices are already driving up inflation while stagnating, or even deflationary, the eurozone economy. The slow growth leaves little room for the European Central Bank to raise interest rates.

In addition, job creation in the US, which was better than expected in June according to figures published on Friday, reinforces the idea that the US Federal Reserve (Fed) can afford to raise its rates to curb inflation. a report “He tends to assert that the Fed will raise interest rates by 0.75 percentage points at its next meeting“, said Richard Hunter, analyst at Interactive Investor. UBS analysts believe, however, that the strength of the US currency can no longer hold against certain currencies as monetary policy will begin to affect growth in the US.

«We advise our investors not to set themselves up against a persistent rally in the Dollar, but rather to prefer the Swiss Franc as a safe haven.Happy Mark Hefel, analyst at UBS. The Swiss franc hit its highest level against the euro since 2015 at 0.9866 Swiss francs on Friday.

Inditex, owner of the Zara brand, will close all stores in...