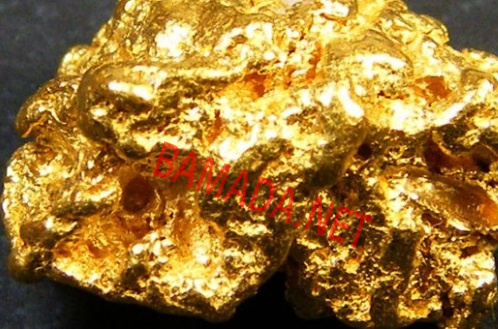 The information was presented yesterday, Thursday, March 16, by the company’s managers during the press conference that they move annually to present the results of the past year, difficulties and prospects for the current year. B2Gold Mali through its Director of Operations, Bill Lytle, Keynote Speaker, took the opportunity to highlight the true status of the Menankoto Gold Mine exploitation license.

In a balance sheet presentation, Bill Little, COO of B2Gold Mali, noted that despite the ongoing challenges of the COVID-19 pandemic, his company had another great year of strong operating performance in 2021, with its thirteenth consecutive year of total Standard annual gold production. He said, “The company’s total production of gold from its three active mines in 2021 reached an annual record of 1,047,414 ounces.” Before adding that in 2021, the Fekola mine produced 567,795 ounces, which is close to the upper end of its revised forecast range (between 560,000 and 570,000 ounces) and well above the upper limit of its range. Initial forecast (between 530,000 and 560,000 ounces).

local work: At the end of 2021, according to Bill Little, B2Gold Mali employed 2,247 malians and 81 expats. “This means that approximately 97% of our workforce is from Mali and we are very proud of that. We continue to maintain high local employment rates by targeting local and national recruitment efforts. In this sense, he continues, the Skills Transfer Program (Success Planning Program) has been launched. expatriates) in September 2021 to prepare and develop local staff for responsibilities, so that financers can permanently fill some key management positions. To this end, eighty-four (84) employees have been identified and enrolled in this program, he said.

Supply Chain and Local Content: In this segment, the speaker informs that the supply chain and community relations teams work directly with existing or potential suppliers to ensure that they meet our requirements, and collaborate with service providers. To help them build their capabilities and increase local content. Thus, the Fekola project invested about 388 million US dollars (approximately 229 billion CFA francs) in goods in 2021. Of the total amount purchased, according to Bill Little, about 60% (232 million US dollars or 137 billion CFA) were purchased. Domestically, about 40% (US$156 million or CFCFA 92 billion) was purchased abroad.

For 2022, Bill Little will advise that his company increase its community investment budget by an additional $1 million, to mitigate the effects of the mine expansion. The 2022 budget is 3,973,124 US dollars (2.4 billion CFA francs).

So Minankoto “In December 2021, B2Gold and the Government of Mali reached an agreement in principle in relation to the dispute over the Menankoto Permit, whereby the Government of Mali agreed to grant a new exploration permit covering the same circumference as the Menankoto Permit. To a new Mali subsidiary, B2Gold, and B2Gold withdrew its international arbitration claim. that its financial branch had previously started against the Republic of Mali.On February 2, the company announced that the financial branch of B2Gold had obtained the new Menankoto permit, issued by the Government of Mali, in accordance with the procedures and requirements set forth in the Financial Mining Act 2019 (the previous permit was issued) under The Financial Mining Act 2012), which provides for an initial term of three years and is renewable for two additional three-year terms”, noted B2GOLD Operations Director Mali. Bell Little, to report an updated mineral resource estimate, based on previously unpublished drilling results, for the Anaconda area (which includes the Minankuto permit and the North Bantaku permit) expected to be completed in the first quarter of 2022. “We look forward to sharing this news with The people of Mali over the next two weeks. Building on this resource, B2Gold will begin project design and continue digging the deposit.” He expressed his desire that “the company will work closely with the Malian government to ensure that the project goes into production as quickly as possible, in an environmentally safe and productive manner, while emphasizing local content throughout the project.”

Expectations – Views: In 2022, the company’s consolidated gold production from its three active mines is expected to be between 950,000 and 1,000,000 ounces. According to Bill Little, while this Fekola production forecast includes estimated production from Cardinal, it does not take into account the potential increase in Fekola gold production in 2022 due to material trucking from the Anaconda region (which includes the Menankoto Permit and Bantako North Permit) – Update Mineral Resources will be announced later this quarter.

Electricity companies get more than half of the government tax on...