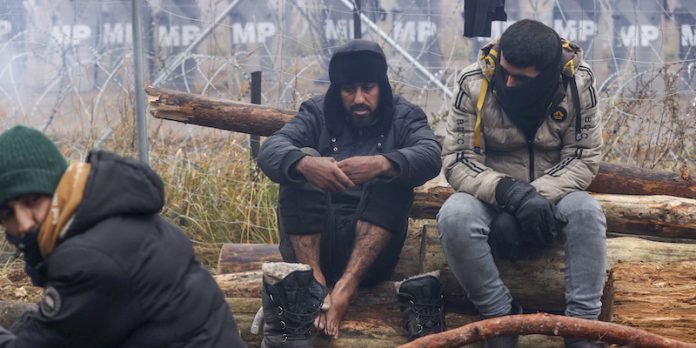 In recent days, many airlines have operated routes between the Middle East and Belarus Flight restrictions and suspensions announced After pressure from the European Union, which has been trying for weeks to reduce the flow of migrants and asylum seekers from Belarus.

The influx was opened and encouraged by the Belarusian regime of Alexander Lukashenko, who welcomed thousands of immigrants and then pushed them towards the borders of Poland and Lithuania, in an attempt to Putting the European Union in trouble. An important part of the new route is the air links between the Belarusian capital, Minsk, and many cities in the Middle East, from which migrants and asylum seekers set off using the various flights available and the ease with which Belarusian embassies began granting scholarships.

But things have changed a lot in just a few days. Late last week, the European Commission launched a lobbying campaign against several airlines – essentially threatening to restrict their access to European airports and European airspace – which is showing early results.

Turkish Airlines, one of the largest companies in the world, on Friday, announce It will stop selling tickets to Syrians, Iraqis and Afghans on flights between Turkey and Belarus. Belavia, the Belarusian state-owned company, announced similar measures, openly citing pressure from the Turkish authorities: Monday morning, among other things, the meeting of European foreign ministers in Brussels will begin to discuss further sanctions against Belavia for transporting hundreds of migrants to Minsk. In recent weeks (Bellavia has been banned from stopovers at EU airports for some time).

The next day, Cham Wings, the private Syrian airline, suspended flights between Damascus and Minsk. “It’s a right decision,” Margaritis Schinas, Vice President of the European Commission and the person coordinating European pressure on airlines, commented on Twitter: “We have a humanitarian duty to prevent people from exploiting Belarusian traffickers.”

This is the right decision.

There is a humanitarian imperative to prevent people from falling prey to intermediary smuggling # Belarus.

This comes after the wise decision of the Turkish Civil Aviation Authority and the assurances I received from our partners in the UAE and Lebanon. https://t.co/QVLlbR7qvq

Schinas also referred to the “assurances” he received from the Lebanese and Emirati authorities to impose further restrictions on flights to Minsk.

In recent days Schinas I’ve gone in person In Beirut and Dubai, the capitals of the two countries, to demand more commitment from local authorities. On the same occasion, he added that talks with two other major Middle East airlines operating flights to Minsk, Emirates Airlines and Etihad Airways, are going well. Neither company can afford restrictions on European airports, which maintain dozens of flights per day.

Already in August, the European Union was able to pressure Iraqi Airways, Iraq’s state airline, to do so suspended Flights to Belarus. The Iraqi government on Saturday announce which will organize flights to bring back Iraqis who are currently stranded in Belarus.

It is not clear whether EU pressure to restrict or suspend flights to Minsk will soon be able to close the route through Belarus. For Western journalists, it is very difficult to enter Belarus and approach the Belarusian border on Polish territory, and thus monitor arrivals from the Middle East.

In the meantime, the situation on the border between Belarus and Poland remains very complicated: between Friday and Saturday a group of CNN I managed to visit The unofficial camps that appeared on the Belarusian territory, speak of precarious conditions. To survive, the migrants depend almost entirely on the Belarusian Red Cross, which has very little means to feed them and build shelters from the cold. According to the estimates of the Belarusian authorities, about two thousand people are currently trapped at the border, including 200 children.

“Donbass is no longer enough for us, southern Ukraine must return...