Persia Digest
Home World Europe is in the grip of heat and fire. An area... 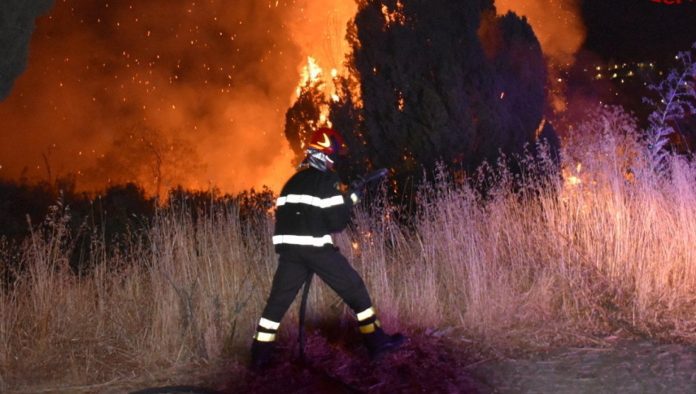 Europe is burning. The temperatures are burning. And the earth is burning. The United Kingdom, Germany and Denmark are on alert and waiting for 40 degrees until today, the same is happening in France, including Paris; Italy there You will excel again a day in different cities; In Spain, he has already exceeded fifty in the south; In Portugal, mercury rose to 47 degrees. Scientists stress that the furnace sweeping southwestern Europe – the sixth anticyclone that has warmed the old continent since the beginning of 2022, due to climate changes that will lead to increasingly frequent and severe spells – shows no sign of abating.

In just six months in the EU region, an area larger than the entire Aosta Valley burned: 346,000 hectares of forest. If it seems a little off to some, just think it’s three times the average of the past 16 years. This is not the only dramatic record because, according to an analysis of data provided by the European Forest Fire Information System (Effis) of the European Union Commission, the number of “major fires”, classified as such as they exceed 30 hectares, has reached 1,756, i.e. Four times the average of about 407 per year in the past 16 years.

The emergency situation is not only in the numbers of destroyed forests. Thousands of people were forced to leave their homes due to the advance of the fire front. In southern Spain, near the Costa del Sol, 2,300 people, including frightened residents and tourists, fled a fire that spread to the Mijas hills. All in all, an area four times larger than the average burned. In Portugal, fires have destroyed 30,000 hectares of land this year, the largest since the summer of 2017, when the country was devastated by the flames. More than 300 people have died due to the heat on the Iberian Peninsula, the Spanish news agency EFE reported.

And again: in France, near the southwest coast, residents talk about “post-apocalyptic” scenarios, “he’s never seen anything before,” a woman who lives near La Teste-de told AFP. The Gironde region, near Bordeaux, where 10 thousand hectares of fire engulfed the displaced, more than 12 thousand people, looking for hospitality with only what they wore when they had to flee.

president Emmanuel MacronOn a visit to the Operational Crisis Unit, he stressed that France had “mobilized” against the fires and that it would withstand this unprecedented situation. But the president of the French Federation of Firefighters warned of the impact of global warming: “It is the firefighters and civil security who deal with the impacts on a daily basis, and these impacts will not be there in 2030, they are now. Now ” Gregory Alloni.

As Greece burns, 50 forest fires have occurred in the past few hours alone, and seven villages have been evacuated in northern Crete, near Rethymno. In Italy only yesterday out of 17 fires, Air Canada flew; 24 broke out in Sardinia alone fires. Flames aggravating the already heavy situation of drought Records from north to south, until the next heat wave will continue to surround the country. 23,000 hectares have been burned so far, a number well above the average reached between 2006 and 2021.

Among the European Union countries, Romania has been hardest hit, with 149,000 hectares of smoke emitted since the beginning of the year due to 735 major fires. Unprecedented numbers also in other Eastern European countries: Croatia (28 thousand hectares burned in 134 fires), Bulgaria (7,735 hectares in 50 fires) and Hungary (5,877 hectares in 44 fires).

“We stand up for the rule of law” – Corriere.it