Persia Digest
Home World Eurostat: One in four Italians is at risk of poverty. Across... 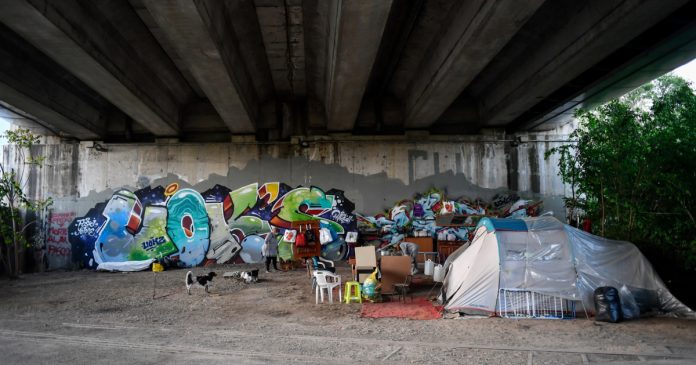 One in four people in Italy is at risk of poverty. This is what emerges from Eurostat latest estimatesthe European Institute of Statistics referring to the year 2021. The data for Italy, are still provisional, for accuracy 25.2% of the population in slight increase (+0.3%) compared to the previous survey e Above the average of 21.7% in the European Union. The degree of Italian economic distress is higher than that of all comparable economies. France stops at 19%, Germany by 21%. The proportions of the at-risk populations in Spain and Greece are higher, around 27%. The country with the worst data is Romania (34.4%), followed by Bulgaria. best characters On the other hand, it belongs to Finland, Slovenia and the Czech Republic (10.7%).

In absolute numbers, the people at risk of poverty or social exclusion in the EU are 95.4 million. These are households presenting at least one of the three risk factors, namely poverty, severe social deprivation, and/or residence in a household with a very low labor intensity. Between 2020 and 2021, the people included in these categories are by 600,000 units. Of the 95.4 million people, about 5.9 million (1.3% of the population) live in urban households All three risks of poverty and social exclusion. In 2021, 73.7 million people were at risk of poverty, while 27 million were severely physically and socially deprived, and 29.3 million lived in a household with a low work intensity.

The data confirms the seriousness of the social situation in Europe and Italy in particular. While In the country, the possibility of eliminating or significantly reducing citizenship income is discussedThe European Union Commission is preparing to issue a recommendation urging all member states to adopt a global minimum income. Yesterday was the final vote of the European Parliament on the minimum wage. Referee who leaves anyway free member states To pursue the goal either by setting a minimum wage by law or through collective bargaining.

A submarine missing in northern Bali with 53 people on board...