Persia Digest
Home Tech Get your camera ready: One of the best meteor showers in 2021... 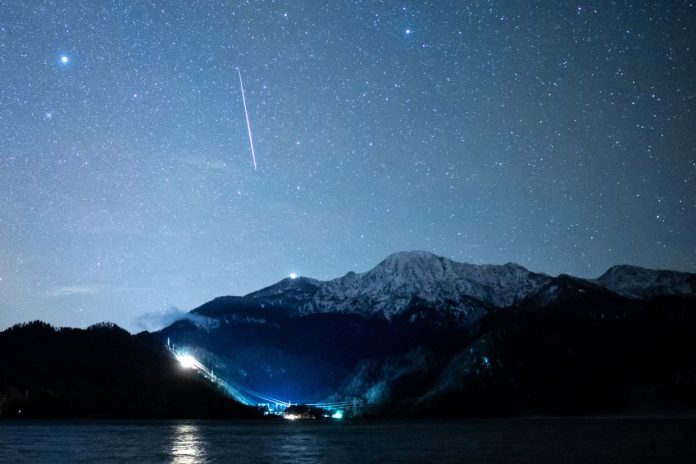 Pictures of stars and meteors can be amazing, but capturing them requires skill and luck. A golden opportunity to attempt that magical shot will soon arise when the Geminids meteor showers pass through Earth.

Geminids originated from the rocky comet 3200 Phaethon. It is slower than other meteors, which makes it more visible, and usually peaks between December 4-16.

According to astronomers, the best time to see meteor showers this year will be in the morning of December 14 from about 2 a.m. to dawn local time. And that applies all over the world, according to the astronomy website earthsky.org.

If you’re really lucky, you can see dozens of meteors per hour. But that depends on the clear night sky for one thing. So what’s the key to taking a successful photo of something like meteor showers?

“You’ll get the best results by setting your SLR camera to a low sensitivity and letting it expose for half an hour,” says Andreas Schmidt, scientific director of the Stellarium Planarium in Erkrath, Germany. A long exposure will ensure that the camera takes in enough light.

Different celestial bodies appear differently in the images. The stars are recognizable by their circular orbits, Schmidt says, while the bright, flat, straight lines of light that run over the entire image are the satellites. Geminids appear as streaks of light that get brighter and then abruptly end.

To avoid a blurred image, it is better to use a tripod. If you don’t have one, you can make sure your camera is pointing toward the sky by propping it up with a book or other solid object.

However, even using a tripod does not guarantee blur-free images. Schmidt warns about light tripods that can sway in the wind, which means the image will lose its sharpness.

Whether the weather is all the way depends on where you are on the fourteenth. Frank Longenstrasse, managing director of the Galileum Solingen Planetarium in Germany, advises checking the weather forecast two or three days in advance.

Sites like meteoblue.com Gives location-based forecasts, including information on cloud cover at different altitudes and general visibility of celestial bodies.

Astronomer Schmidt explains that Geminids will not only be visible on the 14th day, although this is your best chance of seeing them – you may be lucky and see them in the days before and after that.

He says that the meteors will be distributed over a wide area of ​​the night sky. In brighter areas like cities, you won’t see as much as in darker, less dense areas. – d b a

The largest mass extinctions on Earth lasted 10 times longer than...