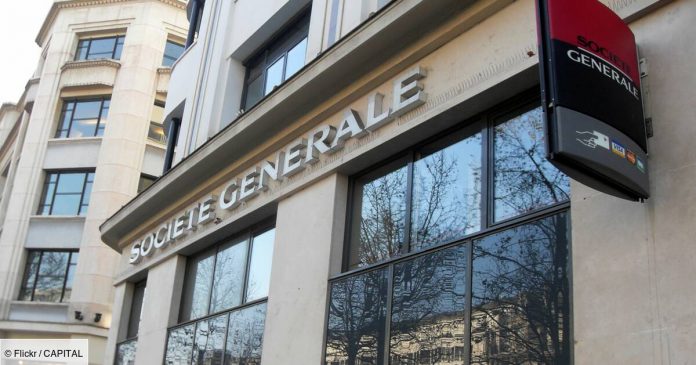 Big fine on Société Générale. The bank was fined on Monday, September 27, a fine of about 1.6 million euros by the Directorate General of Competition, Consumption and Anti-Fraud (DGCCRF), for regulatory violations of payments by credit card. The main grievance brought by the DGCCRF: the application of a bad exchange level, i.e. the commission that the merchant bank pays to the customer during the card transaction, then a cap of 0.3% instead of 0.2%.

Thus, the fraud suppression is accused of creating a lack of transparency which has prevented its merchant customers from bringing the competition into play. Société Générale, for its part, argues that the exchange difference has no bearing on the merchant’s bills. In addition, on some bank cards, a bank with a red and black logo has the word “credit card” appearing instead of the only reference to “credit”, which can cause confusion among its customers.

This reference goes against European regulations, and emphasizes the suppression of fraud, while the bank states that on the contrary, according to French law. According to the bank, this “difference in interpretation” had no effect on its customers. Societe Generale ensures that “deficiencies blamed by DGCCRF are limited in size” as only 3.4% of bank cards will be involved.

>> To read also – Agricultural Credit, Societe Generale… Our banks are at risk due to too rapid a climate shift?

It also claims that it has undertaken work to allow re-manufacturing in the first quarter of 2022 of the respective bank cards, with an explanatory letter addressed to the customer, in order to take account of the fraud-suppression counter-charges. A fine of 175,000 euros was also imposed on the Caisse d’Épargne Loire-Center on Monday by the DGCCRF for the same reasons.

The DGCCRF notes that these new fines are part of an investigation that has been carried out since 2018 into compliance with European regulations regarding purchases by bank card, which has already led to other penalties. In December 2020, fines totaling more than 2.8 million euros were already imposed on six French banks for excessive fee bills during card payments.

Promotion of civil servants: what the government decided for 2022