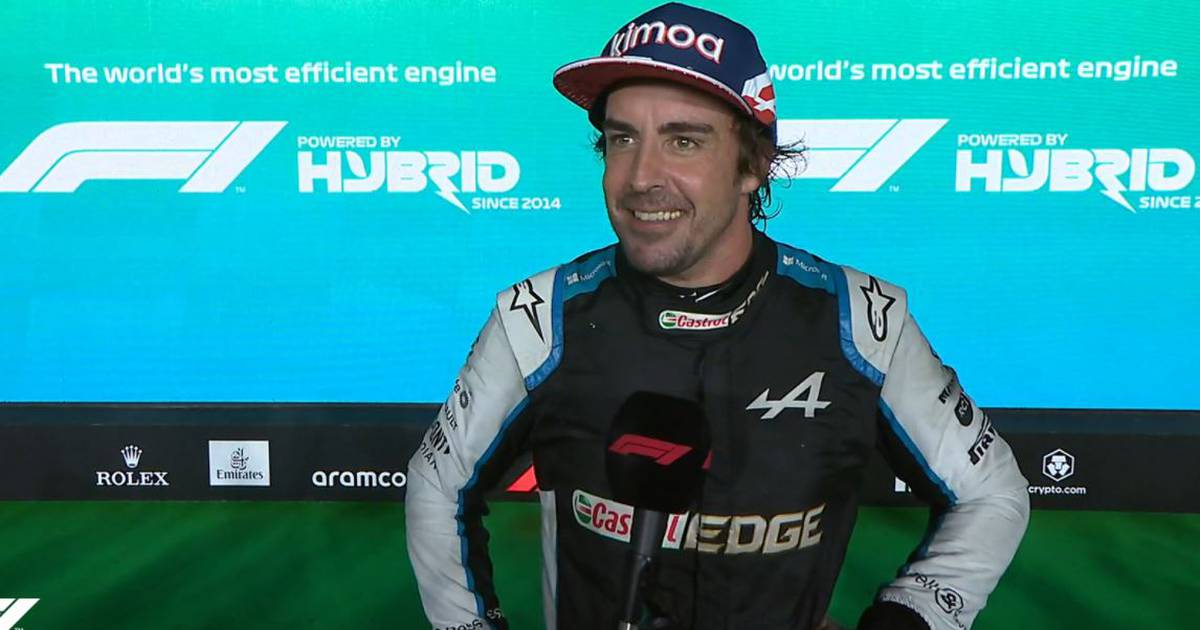 Lusail, Qatar. – Spaniard Fernando Alonso (Alpine), two-time Formula 1 world champion, who shone this Sunday in the Lusail night to finish third in the Qatar Grand Prix and declares himself the driver of the day, announced that he has “waited a lot” for this next moment and is “very happy” “.

The 40-year-old world champion Asturian, who signed on the 98th podium in Formula 1, has not climbed into the first class ‘box’ since 2014, when he did so for the last time on the Shanghai circuit, during the Grand Prix of China that year .

“We haven’t been on the podium in seven years; we’ve been close in some races, but it can’t be. We finally got it,” Alonso announced as soon as he got out of the car in Lusail.

“I even thought I could lead the race by going out on soft tyres; that could happen to Hamilton in the beginning, even. In the end, things were very tight with Chico (Mexican Sergio Perez, of Red Bull, who was fourth),” But I succeeded,” a jubilant Alonso said on Sunday in Qatar.

The brilliant Asturian pilot, who started third and eventually finished in that position, said the race before his encounter: allowed himself to joke around with Evie warning he had “have a good night” in Lusail.

“The race was done really well; the team was exciting. Everything was up to the mark; I’ve been waiting a lot for this moment and I’m very, very happy,” said the Asturian star after taking third place at the Qatar Grand Prix.

Fernando: “It’s been seven years but we’re finally there [a podium finish]! I am very happy for the team.

“The team has been excellent and the car’s reliability is great at the moment. I’ve been waiting for this for a long time and I’m very happy!”#QatarGP 🇶🇦 # F1 pic.twitter.com/4zs7ghEFCn