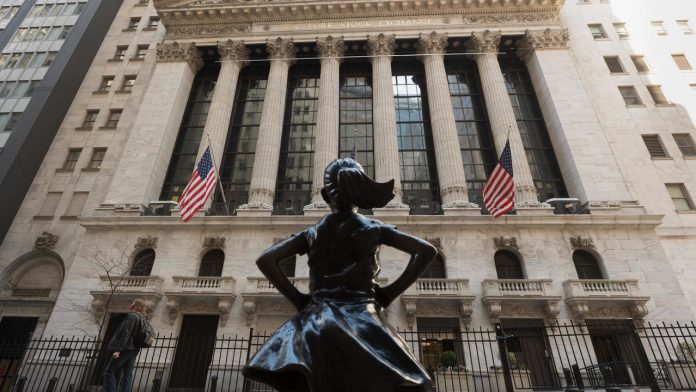 The New York Stock Exchange closed lower on Monday, vulnerable to profit taking after record highs on Friday and at the start of a week filled with corporate profits.

On Friday, taking advantage of good quarterly results and data indicating a strong recovery in the US economy, the Dow Jones and S&P 500 Index reached new records. The Nasdaq, which on Monday celebrated its 50th anniversary on the market in 1971, had finished a few dozen points from its peak in mid-February.

“On Monday, we saw the market correct itself a little bit (…) with profits that affected the technology sector,” said Peter Cardello of Spartan Capital Securities.

“Every time the market reaches a peak, it retreats and starts moving forward,” the analyst added.

The quarterly results were to dominate the week of the stock market.

On Monday, Coca-Cola beat expectations despite falling profits after suffering the impact of the pandemic on sales in restaurants or movie theaters.

Motorcycle maker Harley Davidson posted much better earnings than expected and its stock was up nearly 10%.

Thirty-four companies on the S&P 500 have already released their first-quarter results, and 88% of them beat estimates, according to Art Hogan of National Securities. These results are on average 22% higher than expected.

Police said Tesla was down 3.40% after a fatal accident Saturday night that involved one of its electric vehicles in which there was no driver behind the wheel.

Chip group Nvidia lost 3.46% after the British government announced an investigation into the takeover of Arm, citing national security concerns.

The war in European football in which a handful of the richest clubs want to form a special “Super League”, away from the UEFA Champions League, has raised the club’s title by 6.74%, Manchester United of England.

Other rebel clubs include Real Madrid, Barcelona, ​​and Juventus Turin in particular, whose title has also increased (+ 17.85%) on the Milan Stock Exchange.

The new electric SUV from Smart is on its way to...

What is happening in Argentina? This is his new political...