Persia Digest
Home Tech How to Evolve Machoke into Machamp 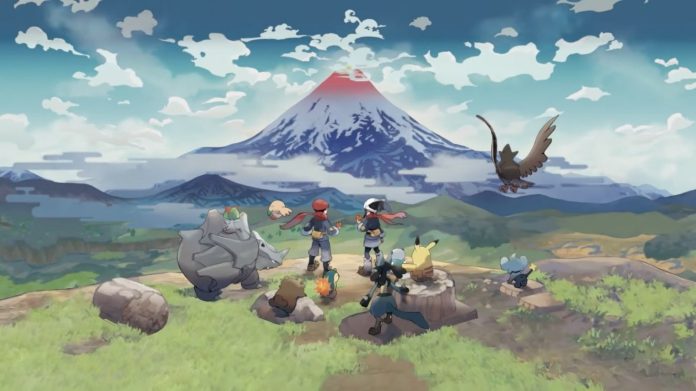 Pokemon Legends Arceus is finally here. The long-awaited open-world Pokemon game that many have dreamed of for years is available for anyone to jump in and explore. While there are a lot of changes in this game, obviously catching, training, and evolving Pokemon is still a critical part of the gameplay. If you’re here, you’re probably wondering how to evolve Machoke into Machamp Pokemon Legends Arceus. Here’s how to get this classic, buff Pokemon.

How to Evolve Machoke in Pokemon Legends Arceus

Machoke and its evolution Machamp are classic pure Fighting-types from the original Red and Blue games. While their power has wained over the years, Machoke and Machamp are still solid Pokemon that are capable of dishing out some powerful fighting moves when you need them.

Machoke doesn’t evolve on its own, though. It’ll go all the way to level 100 without ever evolving if you don’t have the right item: the Linking Cord. No, don’t worry, you won’t have to dig around for your old link cable or head to eBay. It’s right there in game.

Getting a Linking Cord

You’ll need to give Machoke a Linking Cord to evolve it into Machamp. Linking Cords can be obtained in a few ways.

Now to evolve your Machoke. Unlike some Pokemon in Legends Arceus which will eventually become ready to evolve on their own, you’ll need to simply use the Linking Cord on your Machoke and it will evolve.

That’s all you need to know for how to evolve Machoke in Pokemon Legends Arceus. For more tips, tricks and FAQs answered, check out our guide wiki filled with lots of useful guides for you to peruse during your adventure.

Postcard from Mars: NASA reveals stunning panorama of the surface of...