Persia Digest
Home sport “I hope they all recover.” 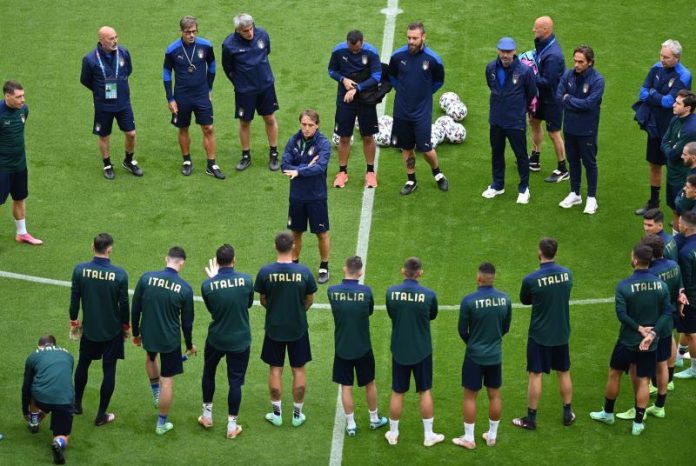 Mathematical Drafting, 1 July (EFE). Italy coach Roberto Mancini confirmed this Thursday that he hopes Belgians Kevin De Bruyne and Eden Hazard can play Friday’s quarter-final match against “Team Azzurro”, although he admitted that his recovery would complicate his work.

“It seems natural to me that Roberto Martinez is hiding the cards (about De Bruyne and Hazard), we are talking about an important match. These matches are good because they have great players. Belgium is a great team, we are playing well. The fans will have fun and I hope they all recover, we know They will get us in more trouble, but the good thing about football is that,” Mancini said at the Italy-Belgium press conference the day before.

“Maybe we will face the best team in Europe with France, we know it will be difficult, but we will try to play our game,” the coach continued.

Italy comes to this meeting after the elimination of Austria in extra time from the round of 16 with great suffering, which Mancini considered to have strengthened his team.

He said: “Every game makes you stronger if you know how to learn the important things. Against Austria we had to suffer more, but we hit 26 shots on goal. It was difficult moments, but we deservedly won.”

“We will play our game, respecting the team we are up against, and we know its value. We have to play our game. There are no easy matches. France lost, Holland lost, Portugal lost, and it’s not easy for anyone,” he added, acknowledging his rival’s level.

It will be a duel on the bench between Mancini and Spaniard Roberto Martinez, although the Italian coach has played down his previous experiences in England, when they trained Manchester City and Wigan respectively.

Regarding the eleven club, Mancini said he had “a few doubts” and already had “pretty clear ideas”.

It is likely that Giorgio Chiellini, who accompanied Mancini at a press conference, will start from the back and Federico Chiesa will replace Domenico Berardi on the left wing.