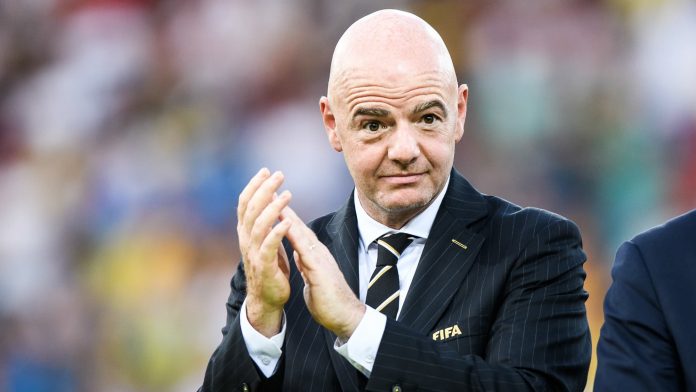 FIFA President Gianni Infantino has failed to understand criticism of the biennial World Cup project while there is no criticism of the Super Bowl, which is held every year to shut down the American football season in the United States.

Is the argument of the American sports scene appropriate in the face of the protest of football supporters? Gianni Infantino, president of FIFA, took the example of the Super Bowl, the annual final of the American football season in the United States, to defend his project in the biennial World Cup.

“I definitely believe in the need for more prestigious events, whether it’s the World Cup or something else… It’s precisely because this is a magical tournament that should be possible. – to happen more often. The prestige of an event depends on about its quality, not the number of The times You have the Super Bowl every year, Wimbledon or the Champions League every year, everyone is excited and there is ‘expectation’, the Italian-Swiss leader said during a press release in Israel Reported on Wednesday by Reuters.

The idea of ​​FIFA to organize the World Cup every two years, not every four years, is sparking a series of criticisms in European football but also among representatives of leagues around the world, players and fans. The Professional Football League’s board of directors, meeting on Wednesday, also confirmed its opposition to the project.

The idea of ​​holding the World Cup in Israel

Gianni Infantino took advantage of this visit to the Hebrew country to discuss the hypothesis of the 2030 World Cup to be organized by Israel and the United Arab Emirates with a group of neighboring countries. The captain stated, recalling the existence of a “historic agreement” between the Israeli Football Association and the UAE.

See also  With David Ospina as the starting player and the least beaten barrier, Napoli have solidified as the undefeated leader of Serie A

During his speech at the conference, Gianni Infantino emphasized how the World Cup has become a “mega-event and not just a sporting event”, which includes the sale of 3 to 4 million tickets, the reception of 1.5 to 2 million visitors and which is watched by 4 billion. viewers. He stressed that FIFA wants to put football at the service of society to make a real difference by contributing wherever possible to peace and stability in the region, according to a press release.