Persia Digest
Home entertainment Keanu Reeves has jumped from a building 19 times to get the... 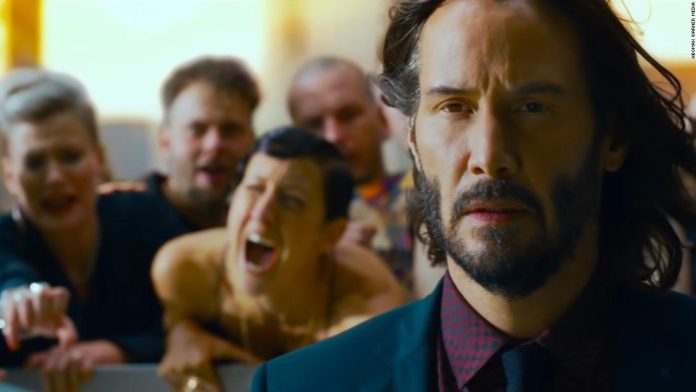 Two Keanu Reeves films will be released on the same day 0:43

(CNN) – Keanu Reeves He was very committed to his role in the new part of the “Matrix” saga.

In an interview with “The Late Show with Stephen Colbert,” Reeves said he and Carrie-Anne Moss jumped off a 40-story building to watch a scene from the new movie “The Matrix Resurrections.”

The pair will reprise their roles as Neo and Trinity and host Stephen Colbert asked him why they decided to jump in instead of just doing the scene digitally.

“Because it is [la directora] It’s “The Matrix,” Reeves said, Lana Wachowski, and she needs natural light and she wants to make it real. “I mean, there are wires.

Reeves said he and Moss would hold hands and jump out of the building about 19 or 20 times.

“After the first time,” he said, “you can’t think of…fear.” “You don’t have to stop it, but you have to deal with it, internalize it, be there and do it. And that’s what we did.”

The Matrix returns to the cinema 20 years after its premiere 0:44

The actor declared the experience “awesome” and revealed that he had never even done bungee jumping before.

“The Matrix Resurrections” will be released in cinemas and on HBO Max on December 22.

– (HBO Max is owned by the parent company of CNN).

Ritmo Platinum – Frida Kahlo: The Symbol of the Latin American...