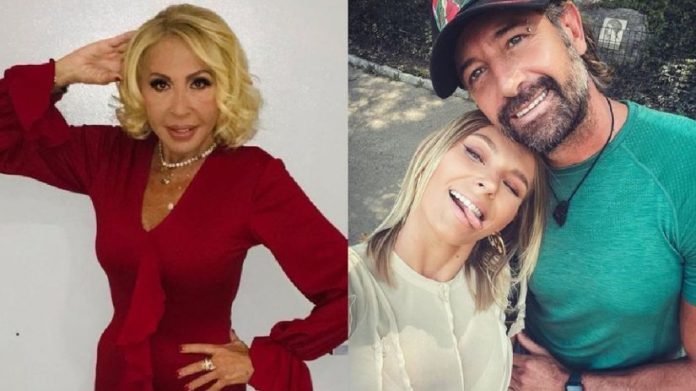 More legal problems. Laura Bozzo lost in a trial against Gabriel Soto and Irina Paiva, who sued the Peruvian driver over a series of accusations in October last year. Among the accusations made by the actors are defamation, threats, harassment and discrimination.

After Interpol issued a code red against Bozzo to search for her internationally, the TV presenter lost in a lawsuit they filed Gabriel Soto NS Irina Paiva By not appearing with their attorney at the hearing. On October 20, the judge decided that the evidence presented supported the complaint and proceeded with her decision.

Thus, according to the Mexico City Supreme Court of Justice, Laura Pozzo Pay compensation for moral damage caused to the spouses. Gustavo Herrera, an advocate for both stars, noted that the amount of cash would depend solely on a process that would assess income and employment contracts.

Through social networks, the Mexican translator Gabriel Soto Participate in the decision of justice with his followers. “For those who think they have the right to comment, judge, insult and ridicule without knowing why, this is the result,” he wrote on his official Instagram page.

“Another battle has been won. Freedom of expression has its limits!” He added: “Thank you to Gustavo Herrera’s lawyer and to justice.”

In the previous days, Soto’s statements were as follows: “The evidence has been released and the counter has not appeared, so the lawsuit continues. […] His lawyers didn’t show up, they didn’t even show up to get the opposition documents, which is why the final verdict has already been passed.”

EER 3×14 What is the best Spider-Man on the big screen? Tobey Maguire, Andrew Garfield or Tom Holland?

We still haven’t finished the trailer for the third Spider-Man movie in the Marvel Cinematic Universe, so we’re amazed at all the possibilities the multiverse opens up for us. Plus, we’re sending ourselves to make our arrangement with the Spideys for the cinema…even though they already know they shouldn’t expect conventional arguments with us.