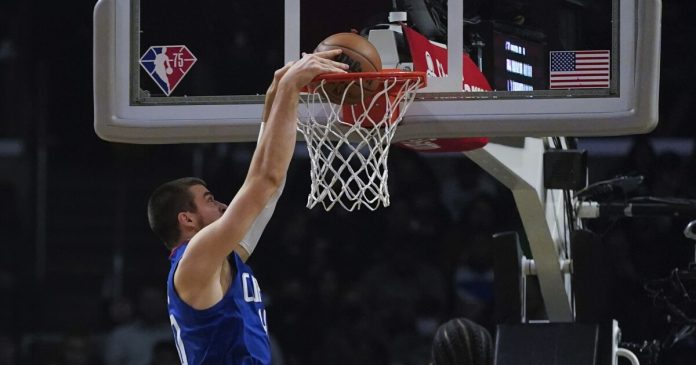 Striker Paul George contributed 24 points as the attacking manager for the Los Angeles Clippers, who beat the Portland Trail Blazers 117-109.

With their win, the Clippers have improved to 6-4 so far this season and extended their winning streak to five straight wins.

The third encounter between these two opponents was close to the first two. The Clippers won at 30 (116-86) on October 25 before the Trail Blazers responded with a 111-92 victory four nights later.

George, the current Western Conference player of the week, played only 33 minutes due to personal fouls in the middle of the third quarter. Despite the reduced playing time, he was close to a triple-double by adding nine rebounds and seven assists.

Reggie Jackson scored 23 players and Nicholas Batum contributed 22 players to a six-man attack with his double-digit record, including the five starting players.

Congolese Spanish midfielder Serge Ibaka, who came off the bench, played six minutes with the Clippers and went goalless after missing the two field goals, including a 3-point attempt, but snatched three defensive rebounds.

The Clippers 6-4 after losing four of their first five games at the start of the season.

For the Trail Blazers (5-6) the top scorer was point guard Damian Lillard, with 27 points in 29 minutes of excitement. Norman Powell scored 23 points, and Yusuf Nurkic scored 15 points and 13 rebounds.

Trail Blazers no win in their first five road games.