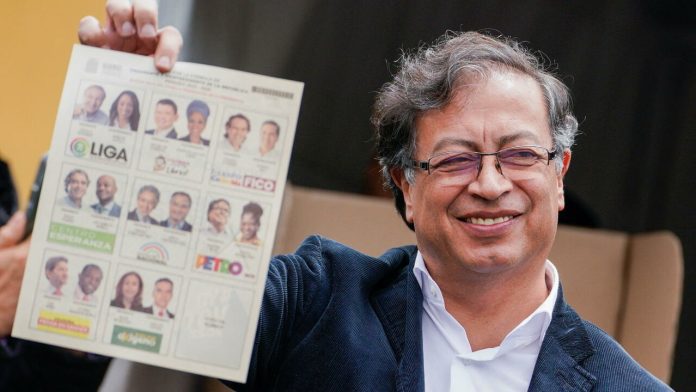 Left-wing rival Gustavo Pedro won more than 40% of the vote in the first round of the Colombian presidential election, according to provisional results released Sunday evening. He will face independent and businessman Rodolfo Hernandez in the second round.

Left-wing rival Gustavo Pedro won easily in the first round of the presidential election in Colombia on Sunday, May 29, and will face independent candidate Rodolfo Hernandez in the second round on June 19, according to provisional official results released in the evening.

Gustavo Pedro amassed 40.33% of the vote, more than 97% of the vote, after Rodolfo Hernandez (28.14%), referring to these results issued by the National Register responsible for organizing the ballot. Conservative candidate Federico Gutierrez, representing the traditional Colombian right, came in third with 23.90%.

Although the Federico Gutierrez campaign was widely regarded as Pedro’s challenge, these results point to the historic defeat of the traditional right wing that has been in power in Colombia for decades.

According to the National Register, voting took place “regularly” throughout the territory.