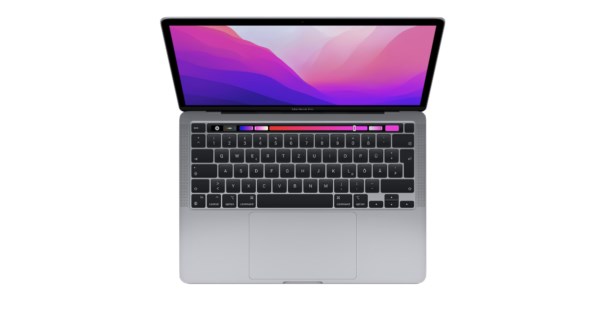 
After delivery begins, detailed performance metrics are now announced — and it looks as if Apple installed a slower SSD configuration into the entry-level model. While Apple installed two NAND SSDs (2 x 128 GB) in the M1 in a 256 GB configuration, the M2 MacBook Pro 13″ uses a single 256 GB chip.

This has a significant impact on writing and reading speed, as nearly double the performance can be achieved with two separate chips.

SSD speed is almost halved
Depending on the test SSD used, the M1 and M2 each achieve a read speed of 2.7-2.9GB and a write rate of about 2.6GB/s. Except for one: If I test the 256 GB configuration of the M2 MacBook Pro 13″, it will only be able to do about 1.5 GB per second when writing and reading. This big difference should also be noticeable in practice during normal work – which is why It is recommended that you order an SSD with a storage capacity of 512 GB or more when purchasing a MacBook Pro.

The reason is not clear
It is still not entirely clear why Apple decided to take this step. Either the group wanted to save costs – or the current shortage of chips meant that 256GB units were easier to deliver. It is also unclear whether the upcoming MacBook Air 13 will include this limitation as well. Interestingly, Apple also limits SSD speeds on the product pages for M1 Macs (for example for the M1 Mac mini with “up to 3.4 GB/s”), but on the MacBook Pro 13 pages “Apple only announces the maximum SSD size which is 2 TB – but not the speed possible.