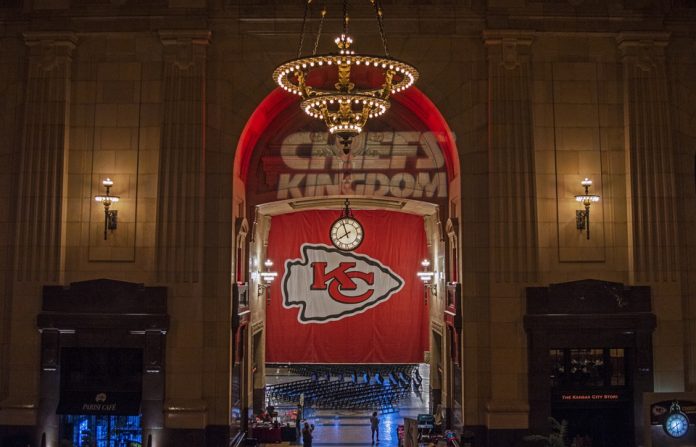 The Kansas City Chiefs have been one of the most fascinating franchises to watch this NFL season. Starting off as favorites to win the Super Bowl, the Chiefs were 3-4 on the season after week 7, with many people questioning how the team could struggle so much, given the talent on their roster.

The team then went on an eight-game winning streak, which came to an end last weekend when they were beaten 34-31 by the Cincinnati Bengals, in a game that can only be described as thrilling. Despite that loss, it is fair to say that over the past nine games, and perhaps even more in their recent showdowns, the Kansas City Chiefs have shown us they are back, and ready to contend.

The bookmakers have reacted to their upturn in form too, and the Chiefs are now back amongst the favorites to win the Super Bowl. The latest NFL odds as of January 4 have the Chiefs at +500, which makes them the team with the second-best odds to win the showpiece in February.

That is still not the position they occupied at the start of the season, and over the summer off-season, but it is a far better place than they were in after their run of results leading up to week seven of the season.

In only 16 games, @cheetah tallied the MOST receptions in a single season in franchise history.

Who is Leading the Way in the NFL?

As mentioned, the Chiefs are second-best in the betting list to win the Super Bowl, and the team they are behind is the Green Bay Packers. Aaron Rodgers and Devante Adams have led the Chiefs, who won again last Sunday, beating the Minnesota Vikings 37-10 to cement their position as the number one seed in the NFC. Recent performances have elevated the Packers to being worthy of favoritism, they are listed as +400 favorites as of January 4.

Behind these two, the Tampa Bay Buccaneers, Buffalo Bills, and Los Angeles Rams are all listed with odds less than +1000

Why Have the Chiefs Turned Their Fortunes Around?

There has been a lot of talk about the Chiefs’ defense in recent weeks, and it is true that they have held teams off the scoresheet much better. However, the face of this franchise, and the man that gives everyone else hope, is Patrick Mahomes.

His upturn in form, the way he has played recently, and the general way in which he leads the team, has all rubbed off on his teammates. Yes, the defense has been very good, yes, Tyreek Hill has been outstanding in the air, and Travis Kelce continues to shine, but those players all tick because Patrick Mahomes is leading them in a way that very few quarterbacks can.

Many players have stood tall and improved recently, putting the Chiefs into the position where they are right now. However, the way in which they have improved, and how the team has moved forward, has been enabled by the brilliance of Patrick Mahomes, and his leadership in all situations.