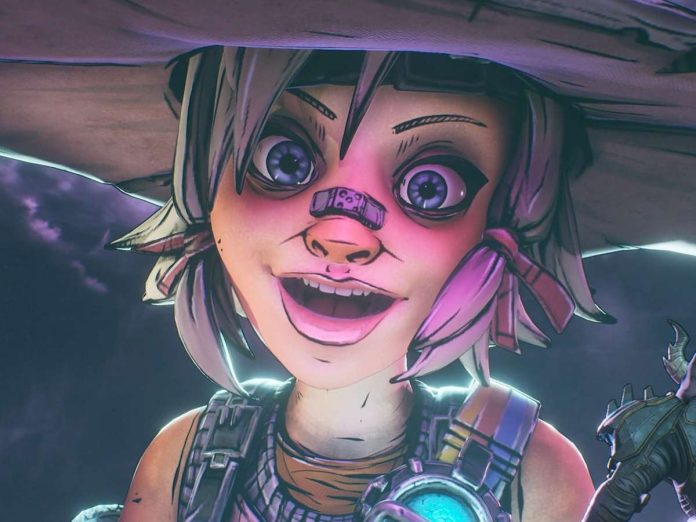 The “Borderlands” series is known for its sometimes raw humor, unexpected ideas, and quirky characters like Tiny Tina. The character was first seen in 2012 as a 13-year-old explosives expert in the sequel. Less than a year later, she had the “Tiny Tina’s Assault on Dragon Keep” download addon named after her, which was re-released again in 2021 as a standalone game.

As the master of the game, the enthusiastic Tina led adventures in the fantasy pen-and-paper role-playing game “Bunkers & Badasses”. Developer Gearbox Software and publisher 2K is building on this and releasing the “Borderlands” spin-off “Tiny Tina’s Wonderlands” for PC, PS4, PS5, Xbox One and Xbox Series X/S on March 25th. The video game also has an unexpected association with The Simpsons.

Tiny Tina is partnered with Lisa from The Simpsons family.

One is noisy, causes chaos and madness, loves explosives and drunkenness. The other is highly intelligent, vegan and superstar. But Tiny Tina and Lisa Simpson from the cult animated series have one thing in common.

Both characters are spoken in German by voice actress, writer and model Sabine Pullman (53). She has been dubbing Lisa since the 1990s and has lent her voice to Moaning Myrtle from “Harry Potter” and Pikachu on the “Pokémon” series, among others.

Bohlmann appreciates one thing in particular about Tiny Tina, revealing in an interview with 2K: “I love that she’s the craziest character I’ve ever talked about and probably I’ll ever talk about. […] Sometimes Tina screams, sometimes she’s quiet, sometimes she’s totally crazy, sometimes she’s a little girl. Her personality pretty much sums it all up.”

But the dubbing actress sees parallels with Lisa: “Sometimes she also has moments when she gets a little crazy. For example, when she’s totally desperate because her family doesn’t see how smart she is. Sometimes Lisa goes crazy and that’s exactly the time she also has a little Tiny. Tina”.

In an action-packed experience between a shooter, role-playing game, magic, madness and plenty of loot, things must falter once again in “Tiny Tina’s Wonderlands”. Players can choose their character from multiple classes, including Killomancer and Brr-Serker.

Then indulge in the imaginative spin-off alone or with up to three friends. There they meet such characters as Queen Asshorse, who according to the creators is “the smartest, most beautiful and most complete ruler of all time.” It should be clear that players should not take their forays into Tiny Tina’s digital pen-and-paper role-playing game too seriously. 13 years At least looking forward to the session: “We’re playing ‘Bunkers & Badasses’, baby!”

Not surprisingly, the MacBook Air M2 is on par with the...