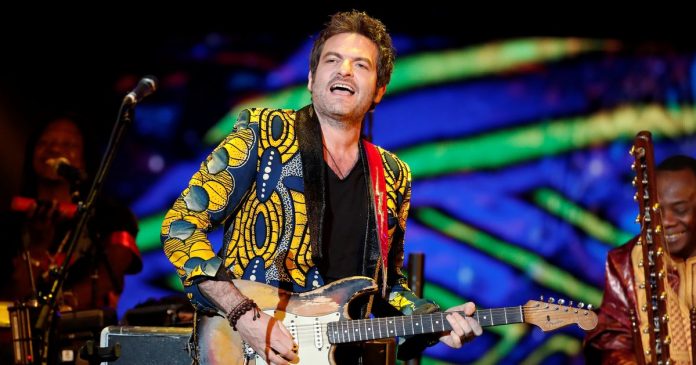 Mathieu Chedid, better known as M, will perform with an ephemeral group of a thousand musicians at the Stade de France (file photo taken in Paris in February 2018).

MUSIC – Matthew Chedid, better known as M, will join Rockin’1000, a show by a group of a thousand amateur musicians, to play with them three of his major titles, on May 14, 2022 at the Stade de France, organizers said on Sunday.

The event, sponsored by famous rock critic Philippe Manover, welcomed nearly 55,000 spectators for its first French edition in 2019 (the 2020 and 2021 components were not held due to the health crisis).

The idea was born in 2015 when Italian Fabio Zavagnini performed “Learn to Fly” for the Foo Fighters (formed by Dave Grohl, former Nirvana drummer turned singer and guitarist) by 1,000 musicians to persuade the group to play in it. His hometown is Cesena. The video went viral and the Foo Fighters added a date to their tour. The Rockin’1000 principle was born.

See also on HuffPost: Foo Fighters invite Nandi Bushell on stage to one of their concerts