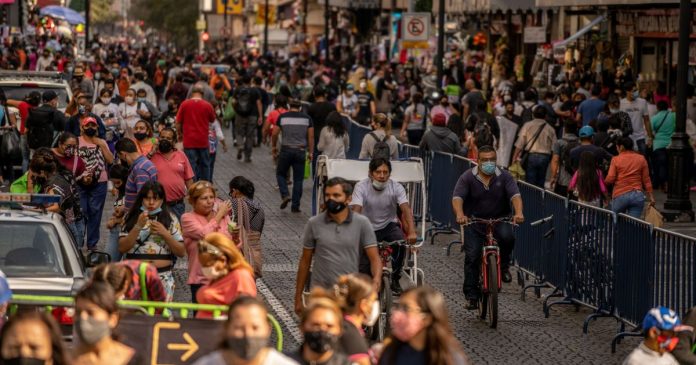 Rating agency Standard & Poor’s (S&P) on Tuesday affirmed Mexico’s sovereign rating at BBB in foreign currency and BBB+ in local currency, both with a negative outlook.

The announcement was made by the agency after the June 6 elections, in which the ruling party, Morena, along with its allies retained a simple majority in the House of Representatives, which, according to S&P, puts them in a good position to promote its political agenda. In the second part of the six-year period.

We assume that it will maintain prudent macroeconomic management, as the general government net debt will remain stable at around 48 percent of GDP over the next three years, while growth will slow after a rebound of 5.8. percent in 2021, due to environmental pressures to do business; The rating agency said some are outdated and some are related to recent policies affecting investment.”

The agency said Mexico’s ratings are based on the strengths and weaknesses of its democracy, which has generated political stability and regular government changes in the past two decades.

“In fact, the National Electoral Institute (INE) recently oversaw elections that generally did not pose problems or challenges, for about 20,000 positions, the largest in the country’s recent history,” he said.

Standard & Poor’s argued that Mexico does not have the same economic dynamism as its emerging peers, and that one of the outstanding issues is public safety, which, among other things, has led to political polarization.

“We expect growth to remain lower than its peers, and the recovery after the pandemic may be affected by weaker private investor confidence due to the deteriorating business environment,” he said.

See also  Walmart Mexico will bring internet to your home

In addition, the rating agency emphasized that Pemex could remain a tax burden for the government.

The biggest risk to the country’s financial performance stems from the weak financial position of the state-owned energy company Pemex. We continue to see the potential for the Sovereign to provide exceptional support to Pemex almost certain, and recent support history corroborates this assessment. As such, we rate Pemex on the same level as a sovereign country, despite its weak individual financial position,” he added.