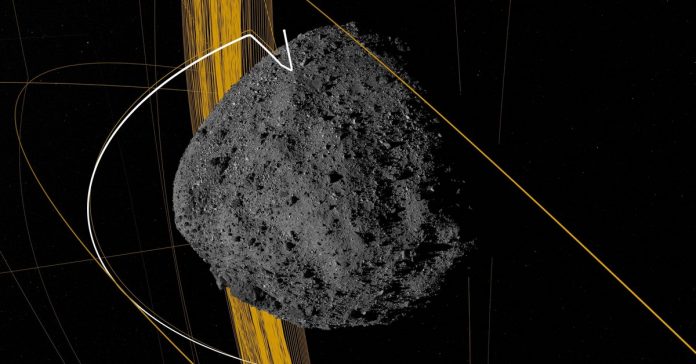 In 2019, fear spread across the planet after various media outlets announced the reality of what could be Presumed impact of asteroid 2007 FT3 on October 3 of that year. However, when the day came, there was no such effect.

Today, after nearly two years, NASA has again warned the inhabitants of the Earth about the possible impact of an asteroid on the planet; Now, the truth is, as the US space agency has explained, Although the asteroid could crash, the chances of it happening are low and it would take roughly 280 years from now.

The hero of this new space “alert” is the asteroid Bennu, which, although NASA calls it “potentially dangerous”, it is the same entity that ensures that this name is made through a simple protocol, because in reality there is not much to fear with this space object.

According to a report published by NASA, thanks to data collected by the OSIRIS-REx spacecraft, it was possible to “better understand the movements of the potentially dangerous asteroid Bennu up to the year 2300”, and was able to “reduce uncertainties regarding its future orbit. And improve the ability of scientists to determine the probability of Overall impact and prediction of other asteroid orbits”.

“We are making this effort through ongoing astronomical studies that collect data to discover previously unknown objects and to improve our orbital models for them. The OSIRIS-REx mission has provided an extraordinary opportunity to refine and test these models, helping us to better predict where Bennu will be when it approaches Earth more than a century from now.explained Kelly Fast, director of the Near-Earth Object Observation Program at NASA Headquarters in Washington.

In the first place, it has been determined that Bennu will have its first approach to Earth in the year 2135, although this would not present a latent danger to the planet. However, the fact that this asteroid is still so far away that year, the data of its exact point in the universe at that time is important because it will help scientists “understand the exact path of Bennu during that encounter.” To predict how Earth’s gravity will change the asteroid’s path around the sun and affect the risk of collision“.

Thus, after obtaining data from OSIRIS-REx, NASA, thanks to “NASA’s Deep Space Network and the latest computer models”, was able to determine that For the year 2300, the probability of Bennu hitting Earth is approximately 1 in 1750, which is 0.057%.

“Although the chances of it colliding with Earth are very low, Bennu is still one of the two most dangerous asteroids known in our solar system, along with another asteroid called 1950 DA,” NASA said.

Now, David Farnocchia, a spokesperson for NASA’s Center for Near-Earth Object Studies (Cneos), has come to the defense of calm explaining that although the chances of an asteroid hitting Earth are higher than previously thought, The new findings are still too low to worry about.

“I’m no longer worried about Bennu more than I used to (…) The potential for impact is still lowFarnocchia said.

In this way, both NASA and its scientists are providing a piece of reassurance about Bennu, not only for this generation (which has nothing to worry about), but also for future generations who will experience the presence of the asteroid in the year 2300.

See also  What are the risks of group video calls in the application?

The world ends with you and Monster Hunter Stories 2 Get...